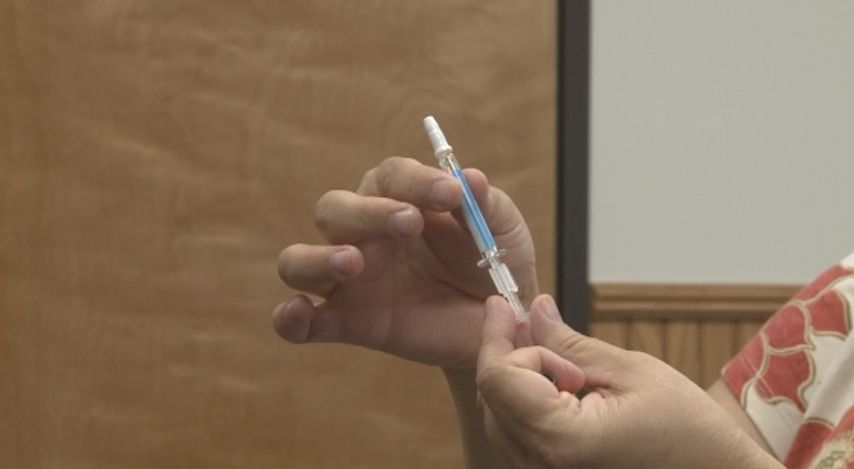 COLUMBIA - Some mid-Missouri health departments said they are running low, or out of, the nasal flu vaccine FluMist.

The Cole County Health Department said it was running very low. It said the department could run out of mist this week, whereas the Columbia/Boone County Department of Public Health and Human Services has no doses left.

"Once it's gone, it's gone," a Cole County Health Department employee said.

The Cooper County Health Public Center said it has less than 50 doses of FluMist left for the year, but does not expect to need more, unlike other county health departments.

Melanie Hutton is the administrator at the Cooper County Public Health Center, and a registered nurse, and said the FluMist distributor, MedImmue, released a statement that there was a delay in shipments, because tests showed the vaccine was not as strong as it should be.

"So those lots were not approved, which meant that it was just slower to come out," Hutton said.

But some health departments are still left with small doses or even without any at all.

Hutton said the shortage should not stop parents from getting children vaccinated.

"If your local provider just doesn't have it yet or they're out, look around and keep trying," Hutton said. "The real concern is about protecting your child. Just not the pain of a small stick in the arm."

She said parents can ask to be put on a waiting list or call around to find another provider who has the mist in stock.

"Usually the first time that you give them the FluMist, they react the same way as when you give them a shot, because they're not sure what's going to happen," Grizzle said. "But after that they tend to realize that it isn't an injection, and they do a lot better tolerating it, say the next year that they get it."

FluMist is available for people between the ages of 2 and 49, and they cannot have asthma, be immunosuppressed, or pregnant.

"It directly says it is made from a weakened flu virus and does not cause the flu, but you have to be very healthy" Hutton said.