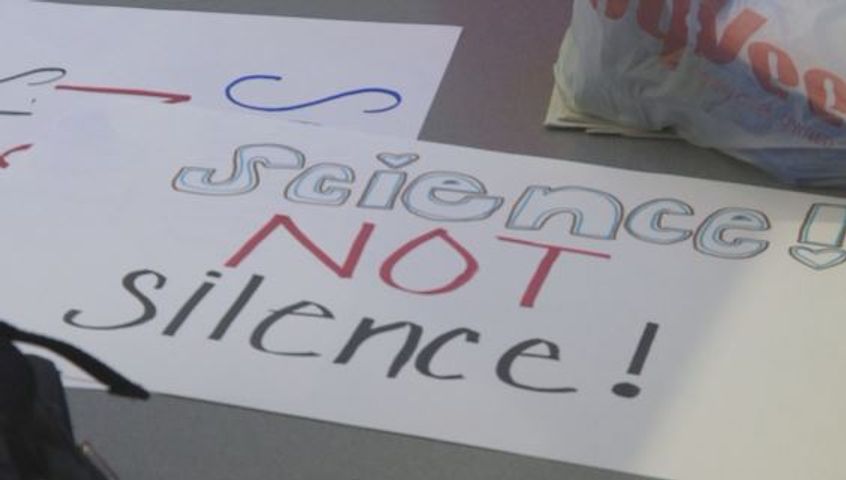 COLUMBIA — Protesters are planning demonstrations in more than 500 cities worldwide on Saturday to advocate for sound science policy, scientific literacy and investment in scientific research. Columbia will be one of those cities.

The national March for Science calls itself "a celebration of science." According to the event's website, "It's not only about scientists and politicians; it's about the very real role that science plays in each of our lives and the need to respect and encourage research that gives us insight into the world."

Mid-Missouri March for Science demonstrators said they are marching to support scientists' right to freely communicate their findings to the public and government officials.

The March for Science comes on the heels of EPA Administrator Scott Pruitt's recent visit to Missouri. Fossil fuel energy advocates hail Pruitt, former Oklahoma attorney general and EPA adversary, as a breath of fresh air in an agency they say has been proposing regulations that hinder business and job growth.

However, some scientists and participants in Columbia's March for Science say the Trump administration's policy goals could harm air quality, water quality and the environment by ignoring or stifling relevant science.

Maren Jones, a doctor of veterinary medicine, said the March for Science is a way for citizens, researchers and the scientific community to stand up for evidence-based science policies in government.

With its abundance of academic researchers and medical professionals, Columbia has a robust science community.

It's getting these scientists to speak out and advocate for science policy that can be difficult, Jones said.

Ronnie LaCombe, an MU graduate student in biology, said scientists need to break traditional stereotypes and start speaking out about their fields of study.

"The general public should know that it's people just like them who are doing science," LaCombe said. "It's not a bunch of people with conspiracy theories or hidden agendas. We're people who come from your communities who are just committed to learning about things we have a passion for."

LaCombe said the Mid-Missouri March for Science is an opportunity to encourage scientists and researchers to cultivate trust within their communities.

The Columbia event begins at 2 p.m. with a rally at the Boone County Courthouse amphitheater. Speakers at the rally will include local university researchers, science professors and students.

The march is planned for 3 p.m. The route will follow Eighth Street from the courthouse to Peace Park, where protesters and the public can participate in a Science Festival held by Mizzou SCAPE, a science communication and public engagement group.