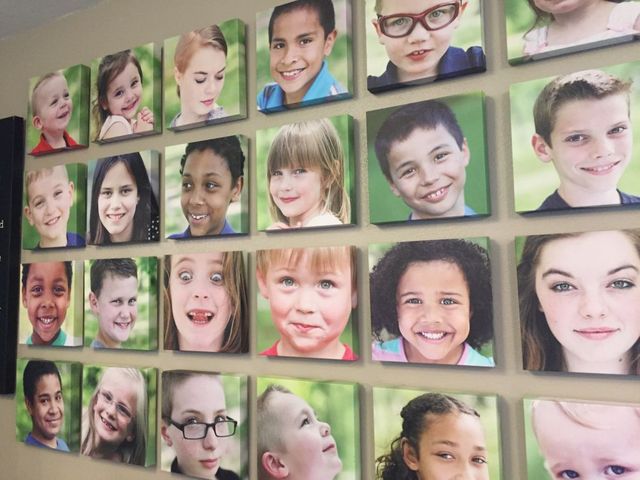 JEFFERSON CITY – The Central Missouri Foster Care and Adoption Association (CMFCAA) helps families and foster children all over mid-Missouri by providing countless resources in order to try and change the grim realities of foster care.

There are more than 13,000 children in foster care in Missouri, the group said. More than 1,400 of those children live in mid-Missouri.

According to the Heart Gallery of Missouri, there are approximately 1,200 children waiting for an adoptive placement, with the older children always the most difficult to place.

Deanna Alonso, the CEO of CMFCAA, said many children don’t have adoptive resources. Because of this, they become stuck in the foster system and eventually become too old to ever join a permanent family. In the foster care world, this is referred to as "aging out."

More than 267 children age out of the foster care system every year, according to Alonso.

“We are talking about 267 human beings," Alonso said. "Human beings that don’t have a mom to call if something goes sideways, or if they are hungry. So, what we see is petty crimes that happen with our youth and high rates of incarceration.”

To change this, CMFCAA connects children to families and helps parents looking to adopt.

With the assistance of CMFCAA, one family was able to adopt nine children.

When the Heather and Eric Gray discovered they couldn’t have biological children more than 16 years ago, they eagerly looked into becoming foster parents.

“We have two daughters and seven sons and there is actually three sibling groups," Heather Gray said. "They are such a blessing and we’ve never regretted our decision."

Arianna Gray, the eldest daughter, said, “It’s like organized chaos, but I love my siblings.”

CMFCAA services 13 counties in central Missouri, the biggest counties being Cole and Boone. The nonprofit does much more for the community than helping parents adopt.

“CMFCAA is an agency that prides ourselves in servicing the entire continuum. That’s from kinship relative providers, which could be family taking in family. Also, fictive kin, which is people like coaches and teachers that have brought people in their home that they know because of abuse and neglect and then stranger foster care and adoption.”

The goal for CMFCAA is to work with the families before and after the adoption process. The organization said it is seeing some impressive results.

The nonprofit offers a transition program for teens about to age out of the system teaching them life skills as they go on to college.

According to Alonso, for the past eight years they have had a 100 percent  graduation rate out of high schools and have upwards of 70-80 percent of kids going on to post-secondary education.

Currently three staff members, volunteers and interns run the entire operation. All staff members have a personal connection to foster care; they have either adopted or gone through the system themselves.

Foster parents are required to complete 37-40 credit hours of training every two years to keep their license. CMFCAA provides 40 hours of credit opportunities for foster parents in the different counties they serve.

“It can be a challenge whenever you are a raising a family to make it to the training. Once a month, CMFCAA provided everything; a meal, childcare, plus two hours of training,” Carson said.

Gray said CMFCAA helped them through the entire process, even with so many children to look after.

“They will be your best advocates. If I have a question about something with one of my kids, they will either have the answer or find someone that will," Gray said.

She said the group is like an "old friend," just a phone call away.

Because CMFCAA services such a large area, it is required to travel in order to bring their services to people in the rural areas. To help with accessibility, it opened a satellite office in Columbia this past November.

“Our families rely on us because they are in those pockets, and so we bring the training to them instead of having to have them drive so far,” Alonso said.

Another program unique to CMFCAA is the “Begin Again Backpacks,” which incorporates donations from people all over the community.

The program gives children a backpack, a toy and clothes. Program coordinator said those things would have been a blessing when she was a foster child.

“If I had CMFCAA when I was younger, I wouldn’t have been taken out of my house with a trash bag," she said.

“With our respite program, you see immediate change in the kids, they get to go play with their friends, they get enrichment,” Engelage said.

Alonso said all the adoption resource centers in the state are doing their part to try and maneuver through the statistics while also creating care and support to reduce entries into the Missouri foster care system.

CMFCAA is the youngest of four adoption agencies in the state: Kansas City, Springfield and St. Louis all have their own agencies.

Some programs on the horizon for CMFCAA include 30 Days to Family and Extreme Recruitment. Alonso said they expect these programs to be offered at the Columbia satellite location come this summer.

Alonso said, with all of the programs, the ideal employee count would be at least seven more people on staff than what they currently have.