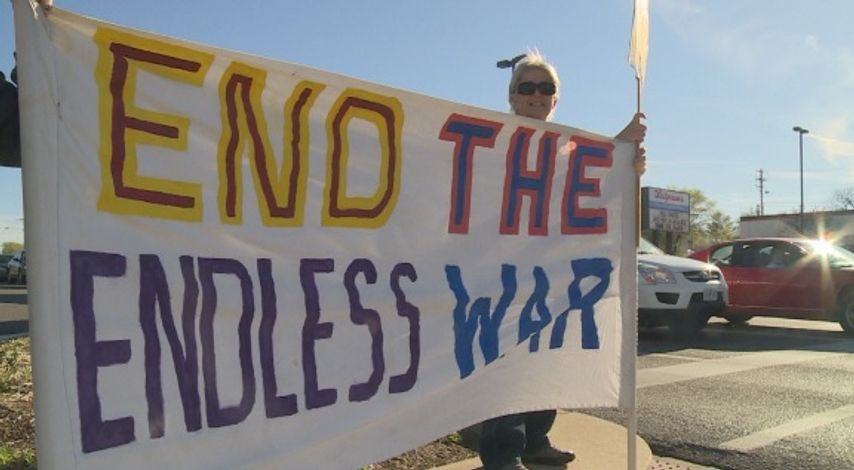 COLUMBIA — A mid-Missouri organization held a protest in downtown Columbia Friday to express concern about the attacks on Syria.

Mid-Missouri Peaceworks issued for an emergency peace demonstration in response to the missile attack launched yesterday in Syria by the U.S. military.

Mark Haim is the organization's director and said yesterday's news was upsetting.

"It's unproven that the Syrian government launched chemical weapons. It's illegal in international law for a country to attack a sovereign country. It's not going to help resolve the conflict between Syria," Haim said.

The organization has opposed war-making by the U.S. government over the last decade. It holds a rush hour demonstration every Wednesday.

"Today's protest is different. It's on a Friday, and it's because of what happened last night," Haim said.

The group held up signs saying "Honk for Peace" and "End the Endless War."

Pat Holt protested and said the response from the community was mostly positive.

Holt is a Marine Corp. veteran and said she was not always against war.

"I'm against war now and all the fighting," she said.

Haim said the group will continue to hold these protests until he sees some change.