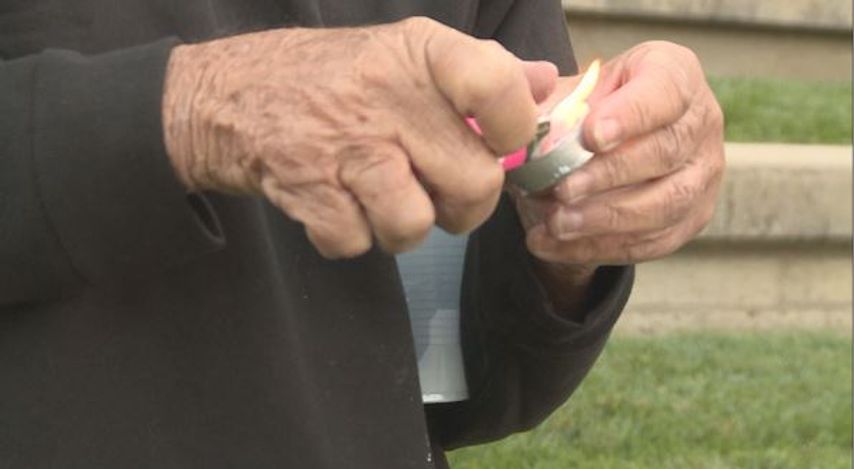 COLUMBIA - The Mid-Missouri Peace Coalition held a candlelight vigil to honor the people killed in the September 11th terror attacks.

Director of Missouri Peaceworks, Mark Haim, said his group has held a vigil in remembrance of 9/11 every year since the attacks, starting the night of 2001.

"We heard the tragic news of the Trade Center Towers being hit at eight-something in the morning on September 11th, 2001, and by noon we've organized a candlelight vigil that we held that very night. And we have held a vigil every 9/11 since," Haim said.

However, as the years pass, the turnout has been less crowded.

"There's always been a core of people who come out, you know, as we get further from the original date it's perhaps fewer. Some years more than others," he shared.

Haim said he will still continue to hold the vigils, as it is significant to him.

Haim said this vigil is his platform to disagree with violence. He wants the victims of the tragedy to be remembered through the vigil.

"For me the vigil is just important because it's the time for remembering what was a really sad day in our country's history. A really tragic day and also holding a hope for a peaceful future," said Lily Tinker Fortel, a fellow member of the coalition.

The candlelight vigil was held at 7:00 p.m. in front of the Boone County Courthouse.