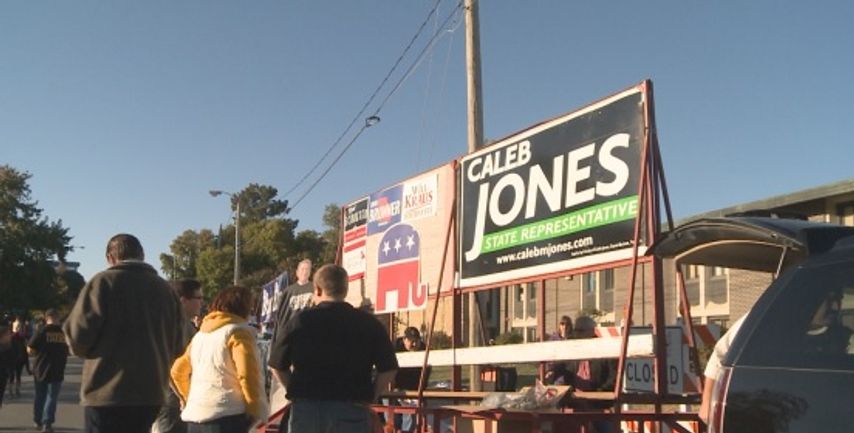 COLUMBIA - The Boone County Republicans participated in the University of Missouri's Homecoming parade on Saturday morning. The group entered in a float that was made up of many candidate signs and posters. A cardboard cut out of Ronald Reagan wearing a MU sweatshirt, was on board as well.

The members of the organization wore some candidate shirts and passed out free candy, t-shirts and other prizes as they walked down the parade.

Mike Zweifel is the chairman of the Boone County Republicans. He said although the election is a year away, he thinks it is important to start getting the candidate names out to the public especially when during times when the Columbia area gets a lot of traffic.

"There are tens of thousands of people here in Columbia, not only just out of town, but there are a lot of people from Boone County and Columbia show up, " Zweifel said. "It is just good for party building purposes, as well."

He also said although social media plays a big role in campaigning, meeting people is the best way to rally and campaign.

The "Mid-Missourians for Bernie Sanders" also held a "Bernin' Up Broadway" rally on Saturday afternoon.

Volunteers of all ages held signs, handed out pamphlets and registered voters.

They are also holding a watch party for the first Democratic debate on Tuesday Oct. 13 at 7 p.m. at Rose Music Hall. They are expecting over 100 people from the community to attend the event. Attendees can play games, have the chance to win prizes and partake in raffles and purchase Bernie Sanders merchandise.