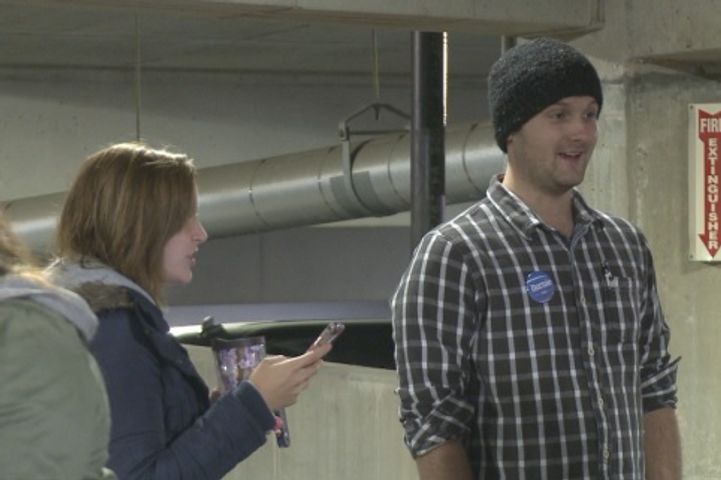 COLUMBIA – Volunteers for the “Mid-Missourians for Bernie Sanders” organization gathered Saturday morning at the Walnut Street parking garage to leave for Ottumwa, Iowa.

This is the second trip the group is making to Iowa to participate in door-to-door campaigning to rally support for Bernie Sanders, one of the Democratic hopefuls seeking the nomination for president.

Once they arrive in Ottumwa, they plan to speak to potential Democratic voters.

Laura Mikytuck, the media relations coordinator for the group, said Iowa is a really important state for Sanders because he is a few percentage points behind Hillary Clinton, another candidate seeking the Democratic nomination.

“We have a lot of opportunities to go to Iowa because we have a great relation with the people there,” Mikytuck said. “We are just trying to spread the word and focused on getting Bernie on the ballot. That’s our main goal.”

Mikytuck said the group going to Iowa to campaign allows political change happen in the community level, even in mid-Missouri.

The group is currently collecting data and creating e-mail lists so it can send out pamphlets and campaign materials starting next year. The group is planning on entering a float for the University of Missouri’s Homecoming Parade on Oct. 10.

“The float is our next big thing we are working on,” Zweifel said. “The float will have some candidate signs and it will be a good way to spread the message.”