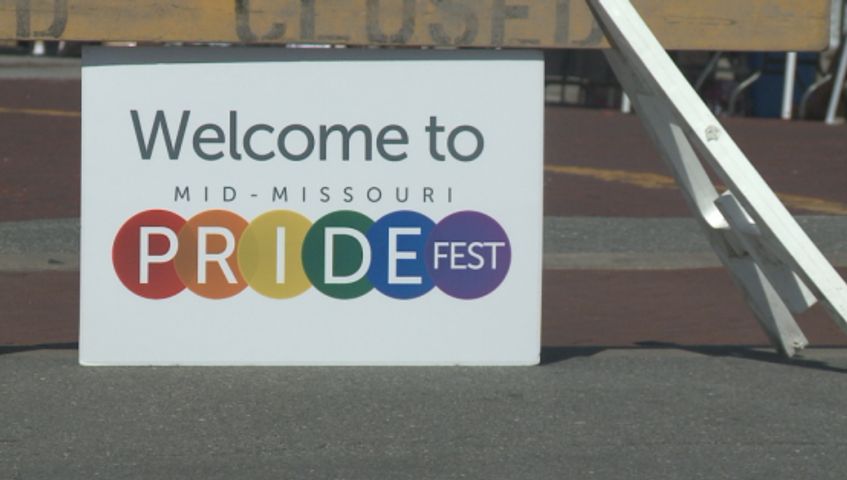 Dozens of vendors set up tents to promote businesses and sell items along Cherry Street. There was a variety of shows including a "gayest dog show" and a drag show along with music entertainment.

Brenda Pineda drove from Kansas City with her girlfriend and friend. Pineda said she hopes the event educates others.

"I just recently came out to my family and it's been really rough," said Pineda. "I love them a lot and they're not in my life because of it now. I just don't want to let that get me down. I'm proud of it even though it's not exactly what my parents are proud of. I want to embrace it. I spent a long time not embracing it and trying to hide it. I know a lot of people just don't understand, but they really do want to understand, and they want to accept it completely. My grandma is to the point where she's accepted it, but she doesn't completely understand it. It's hard to get her head around things. Sometimes she overlooks it and stereotypes things. I kind of want this to be something where people like my grandma can learn and be educated."

President of PrideFest Dustin Hampton said the event is a celebration of the LGBTQ community.

"It's recognizing all of the advancements and still what can be done for equality," Hampton said. "But it's also a chance to get the community together to have a great, safe, fun and family friendly time."

Hampton said the first PrideFest was in September of 2001. To include the students that come back for fall semester, the event is held later in the summer.

"We have a great, vibrant community," Hampton said. "Whether they identify as lesbian, gay, bi-sexual, transgender, queer, straight, whatever. We want to make sure they're out here showing their love and support for eachother."