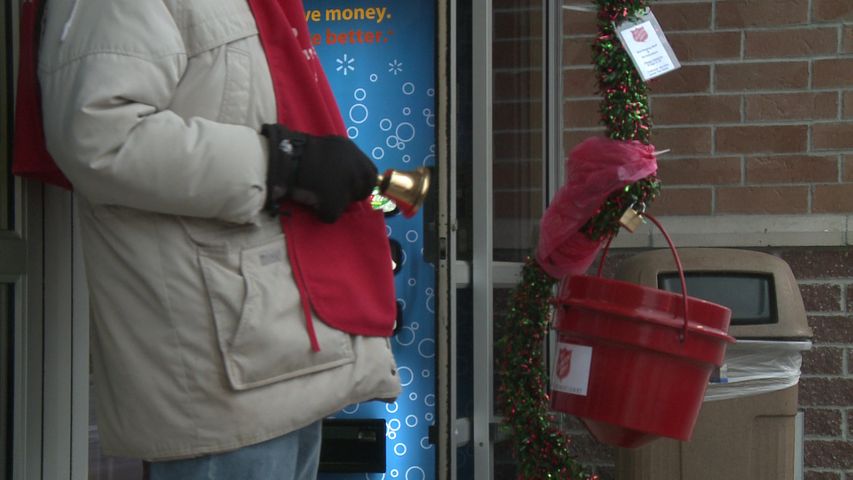 COLUMBIA - The local Salvation Army fretted Tuesday that it is $82,000 short of its 2011 Red Kettle goal.  That's true in many Missouri cities.

Cyndy Chapman, Director of Development at the Salvation Army, told KOMU 8 that donations are ten percent less than last year.

The Salvation Army in Jefferson City is also $92,000 dollars short of its Red Kettle goal. Chapman added that some donation centers in other mid-Missouri areas such as Fulton, Mexico, and Booneville are branches of the St. Louis Salvation Army headquarters, which is also short of its goal.

Chapman said, "This year's a little different. The decrease in the amount of donations is noticeable and not a trend we have seen in the past."

Chapman blamed the shortfall on people's lack of knowledge about the organization.  She said many people do not realize donations to the organization stay in the community.

She also said online donations go to the national organization, and are not directed to the local community.

Chapman did tell KOMU 8 that it may sound strange, but donations increase when winter weather is harshest.  She said that last week's snowfall brought in the highest donations yet, but the recent rainfall is keeping people inside.

Chapman said if the goal is not met, the Salvation Army will be forced to re-evaluate charity services.  This could mean that local homeless shelters would lose money, food, and clothing they expected.