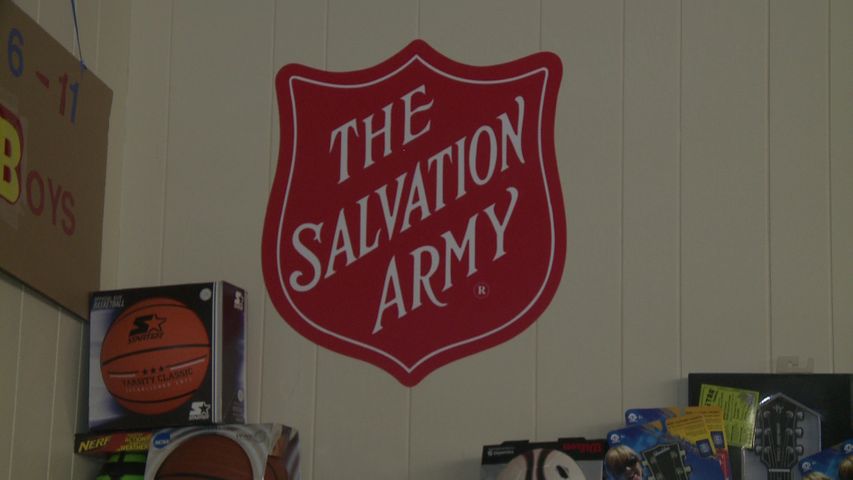 COLUMBIA - Salvation Army officials from the Columbia chapter told KOMU 8 Wednesday that they have seen a record number of gift donations this year. The chapter distributed gift bags of the donated gifts to families in need. The bags will help low income families get Christmas gifts and other goods for their households. Items in the bags include items such as clothes, groceries, shoes, toys and hygiene products.

"It's so great to know that my kids are going to have gifts under the tree at Christmas," according to Theresa Ball, mother of five. "I'm so lucky to have the Salvation Army on my side to help me."

However, not all donations are up for mid-Missouri. As of Monday, the Columbia and Jefferson City chapters were each almost $30,000 under their desired yearly goal.

"The economic climate has caused some people not to donate as much money as they'd normally do," Columbia Chapter Coordinator Major K. Kendall Mathews said. "Not everybody has the financial resources to donate but everybody has resources."

Officials say this trend is true almost throughout the country. Last year the Salvation Army gained 47 percent of its revenue through direct contributions (this includes red kettle donations). Thanks in some measure to the economic climate, the center in Columbia and the national organization are helping more people as more families become eligible for Salvation Army programs.