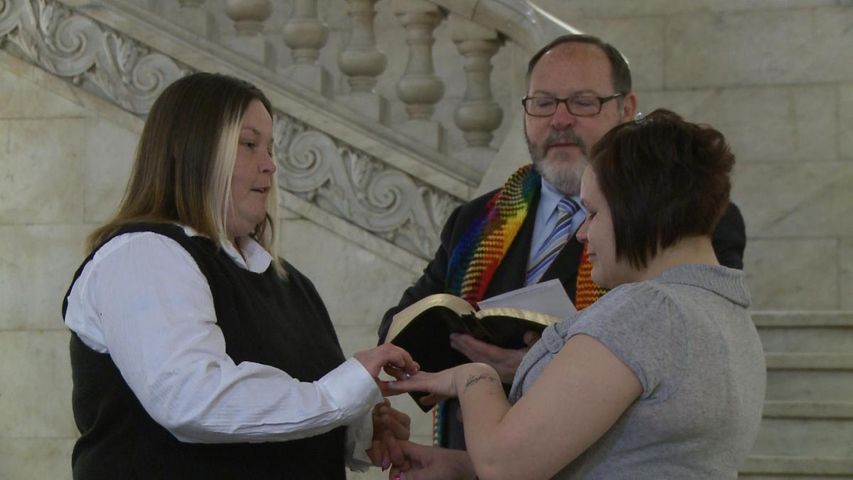 The same-sex couple from Mexico, Mo. obtained marriage licenses and officially wed, accompanied by some friends and family.

"It means we got people behind us that are close to us," Hughes said.

Pastor Tom Ressler from St. Paul United Church of Christ performed the ceremony. The service marked a milestone for him as well.

"This is the first legal [same-sex marriage] I've done in Missouri," Ressler said. "There's something very powerful about doing it here in city hall, showing that not only does God approve of these relationships, but now the state is showing its approval as well."

Both Ressler and Hughes hope their marriage helps gain more same-sex marriage rights in the state.

"My church has already approved any same-gender weddings to be held at our church once it's legal, so we're ready at our church as well," Ressler said.

"Hopefully they keep going on to fight for gay rights in Missouri," Hughes said.

After they tied the knot, the newlyweds stood as witnesses for another same-sex marriage.

Wasson plans to officially change her last name to Hughes next week.