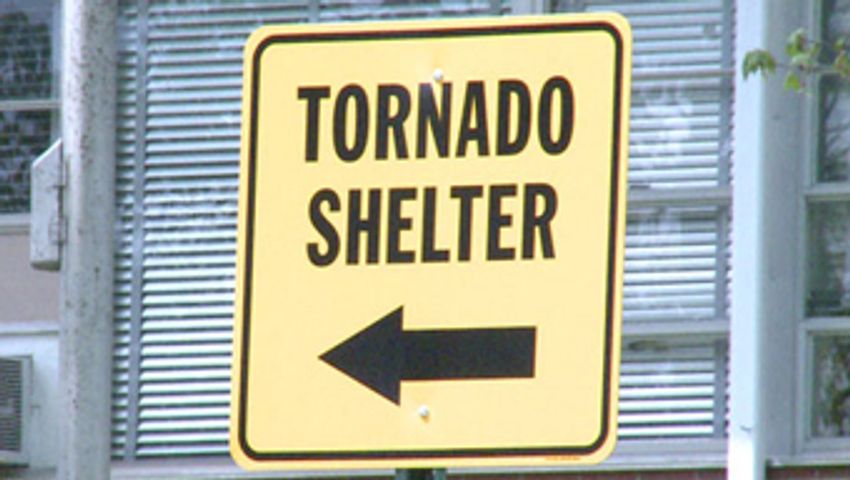 In the Joplin area, FEMA tornado shelters are being built in several locations. That's not happening here in the middle of the state. There are three existing FEMA shelters close by: Linn, Holts Summit, and Mexico, Mo. Six other smaller communities have been approved and are awaiting construction. When you watch my KOMU story you suddenly realize school districts in the three most populous counties in our viewing area, Boone, Cole and Callaway, have no FEMA shelters.

The structural engineer in my story, Curtis Geise from Kansas City, went to Joplin a few weeks after the storm and was in charge of a study. He's very knowledgeable about the damage a tornado can inflict, "with the design codes of today, we would expect an EF1, possibly a low EF2, could hit the building if designed properly and constructed properly. Anything above EF2 we wouldn't expect many schools to last."

Geise said districts that can't afford a shelter should at least look at any alternative possible, "I think most schools need to have a professional come in and do an assessment of their school. In some instances, the hall might be the best place, but in other instances it may not. That's why you need a design professional to go in. They have FEMA criteria to review. They can go in and do an excellent job of reviewing what's there and provide input."

Even before the Joplin storm, Sedalia and Pettis counties became pro-active. There are nine FEMA shelters capable of housing about one forth of the county's population. The Emergency Preparedness Director Dave Clippert says building shelters is a cooperative effort, "I would recommend get with your schools, get with your community school and see what the city, county and school district can do to make that 25 percent. It doesn't have to be cold cash you give, you can give in kind donations and all kinds of stuff to do that."

When Columbia schools built the new gyms at Rock Bridge and Hickman, the district applied to FEMA for building tornado shelters. Columbia was turned down. However, the district has looked at alternatives instead of sending kids to the hallway during a tornado warning. It was obvious in the Joplin tornado, hallways became wind tunnels, and children would not have survived. In Columbia, the district operates 34 different school buildings with 34 different tornado plans. Not all kids are sent to the hallways.

Three years ago, everyone called Joplin a "game changer".. clearly mid-Missourians are paying more attention to tornado warnings and such, but very little is being done to protect kids at school. Enjoy the KOMU story, and get pro-active yourself. Find out where your kids go when there's a tornado warning at school. If you're not satisfied with the conditions, contact the school board and get answers. Thanks for your time!