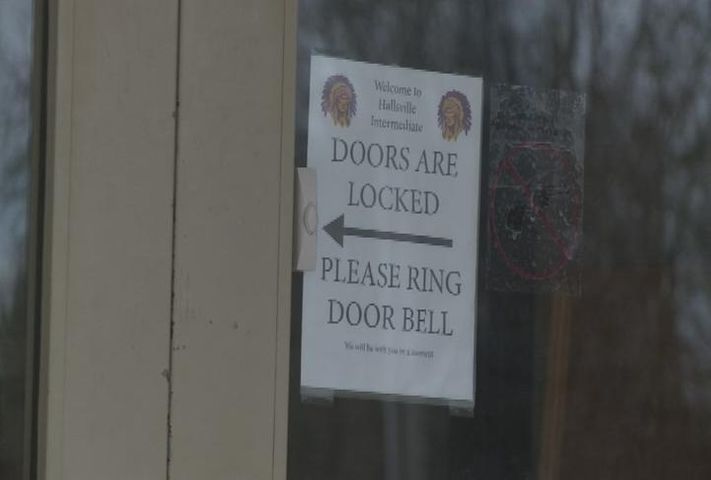 HALLSVILLE - With a population of 1,491, Hallsville appears as the perfect example of a traditional small town. And in a community where it seems everyone knows everyone, a recent tragedy is forcing the small town school district to reconsider safety measures already in place.

Adam Lanza fatally shot 20 children at Sandy Hook Elementary in Newtown, CT on Dec. 14, 2012. Although the town is more than 1100 miles away from mid-Missouri, schools in the local area began to place more focus on the topic of school security.

"I think all of us are guilty of that, thinking that it won't happen here. But if we're going to be proactive, we have to think that it may," said Hallsville Superintendent John Robertson.

From cameras to buzzers and shooter training to town hall meetings, school districts in mid-Missouri have enlisted the help of outside sources to ensure student safety.

At a January bond meeting just three weeks after the tragedy at Sandy Hook, the Hallsville School Board met with members of the community to discuss a plan to add new classrooms, parking lots and technology to the district. Quickly, the wants of the parents seemed to focus less on the new material goods, and more on precautions that needed to be taken immediately.

Parent and Tactical Specialist Todd Burke even pledged $10,000 worth of services to the district if Hallsville found it necessary to further train its staff to handle intruder situations.

"This isn't something the schools should be expected to do on their own," explained Burke.

Burke has 30 years of law enforcement experience and led an active shooter training session in Hallsville last August. He thinks that no one should disregard the threat of school violence.

"It's getting closer. We live in a society where we no longer have the luxury of thinking it will never happen here," Burke added.

The Hallsville school district began locking its front doors, installed a doorbell system and is discussing several security plans including the installation of security cameras and buzzer systems.

Outside of Hallsville, the conversation occurred in districts all over mid-Missouri. Several districts have implemented new security procedures after the Sandy Hook shootings.

Moberly Schools established an Interagency Committee that involved local law enforcement and detailed what to do if a horrific "what if" situation occurred. The district then expanded the committee to all of Randolph County.

In Cooper County, Boonville held a town hall style meeting where the community learned what to do if an active shooter intrusion scenario occurred. Fulton Public schools said it planned to do the same in the near future.

"Any violent act is concerning. I think we've had anywhere between four and five over the last year," said Columbia Public School's Michelle Baumstark.

Through the years, Columbia Public Schools reduced its number of SROs due to financial restraints. However, it placed SROs in its secondary schools, and floats SROs between its elementary schools.

Cole County Sheriff Greg White suggests architectural improvements, like a film over glass that delays the shattering process, if funding an SRO is unlikely. However, Sheriff White said immediate response to an intruder saves lives.

Overall, a new way of life seems to be on the rise in Missouri schools. Many districts are holding conversations to determine if active shooter training should be an annual practice, just like tornado and fire drills.