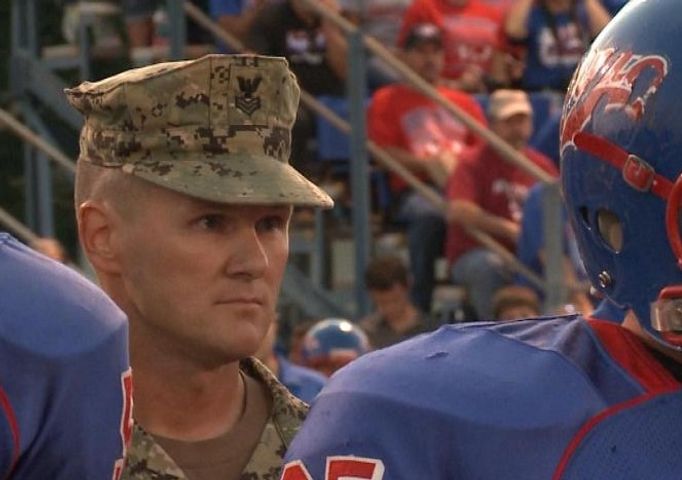 CALIFORNIA - A California native and serviceman returned home after a tour in Afghanistan with a surprise up his sleeve Friday night.

The Ziegs were selected as honorary captains for the coin toss. The two have helped with the school district for more than 20 years. Ed as a middle school football coach and Beulah as the middle school trainer. Ed recently announced he will retire after this year. He also has 24 years of experience with the armed forces as both a Vietnam veteran and a purple heart recipient.

The two were under the impression that they were being honored for their service. Little did they know that their son-in-law was waiting to surprise them.

After the crowning of royalty, Dalbey waited under the stands for his cue to go on the field.

Dalbey navigated through the stands and made his way to the field behind a second wall of California football players that walked behind the captains to ensure that Dalbey wouldn't be seen.

The public address announcer announced a surprise guest just as Dalbey started his walk toward his family. Dalbey pulled off the surprise which ended in smiles, tears and a memorable homecoming.

Dalbey has served 15 years in the military and has completed two tours of Operation Iraqi Freedom.