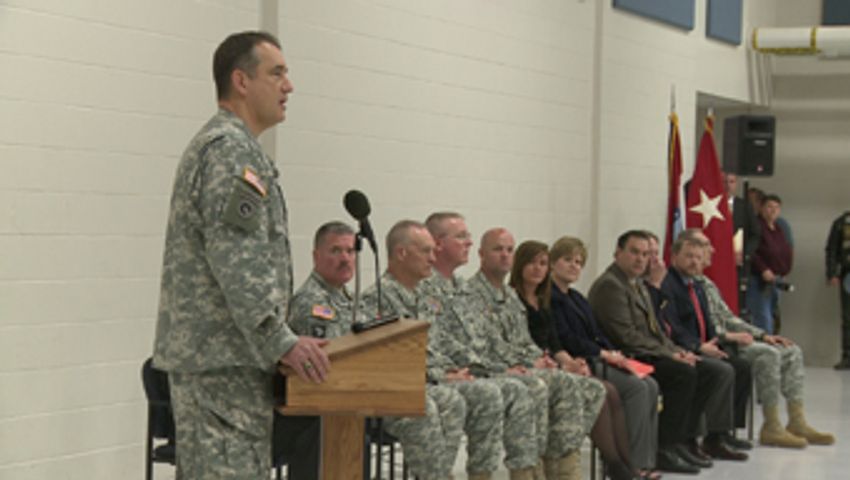 JEFFERSON CITY - Forty-Five National Guard citizen-soldiers based in Mid-Missouri received an official sendoff from Gov. Nixon as they prepared to deploy for a tour in Afghanistan.

"Oh, I got mixed feelings. I mean, I'm excited to go and serve my county, but I'm also going to miss my family," said soldier Joshua Mickels.

The unit, based in Centertown, ships out Monday for a year-long deployment in Afghanistan. They're part of the 548th Transportation Company, based out of Trenton, which will transport cargo and ammunition during their tour.

"Missouri is proud of you and we join your families in praying for you while you're on foreign soil and praying for your safe return," said Governor Nixon.