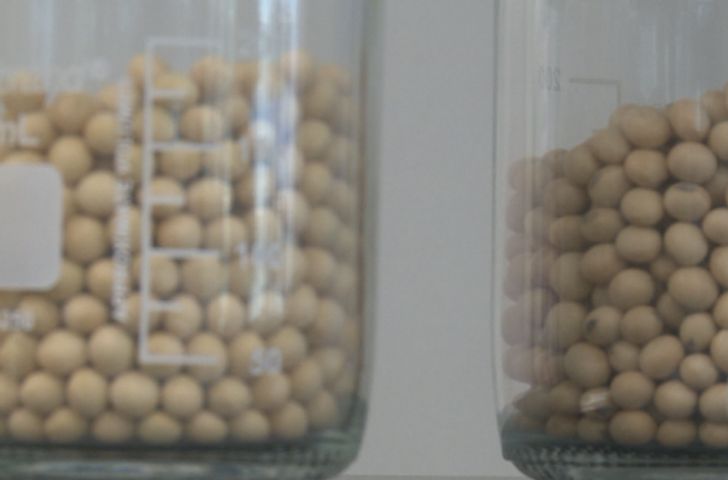 MEXICO -  Missouri Plant Science Center lead researcher Dr. Alfredo Galvez has discovered a peptide extracted from a soybean that is capable of turning gene effects on and off.

Galvez said it works through a process called "epigenetics," in which lifestyle choices switch genes on or off by affecting the epigenome.

"If your lifestyle isn't good, if you're eating unhealthy food and you lead a sedentary lifestyle, you smoke and expose yourself to a lot of stress," Galvez said. "That will change your epigenome so that some of those genes that are good for you are silenced and in some cases, genes that are bad for you are expressed."

Galvez said people can picture their DNA as written in pen--determining things like eye color or shoe size. Their epigenome is written in pencil. For instance, if people decide to eat fast food every day, epigenetic marks are made that turn good genes off. Galvez said he has found a way to erase those marks with the soybean peptide called lunasin.  He said if people consume lunasin, it will be the switch to turn those genes off.

But a MU biomedical professor said it is too early for researchers to know that it does not also turn good genes off instead of bad genes.

"You could get a mixed effect. In the sense, you could be silencing good genes that are there to help prevent cancers and other diseases and likewise you could be also then turning on bad genes that might lead to negative consequences," Cheryl Rosenfeld said.

Rosenfeld went on to say the changes--good or bad--to the DNA would be inherited by children and grandchildren of users.  Consumers can buy lunasin in capsules or in powder form, but Rosenfeld said unless someone is terminally ill, people should wait for more research to use the product.