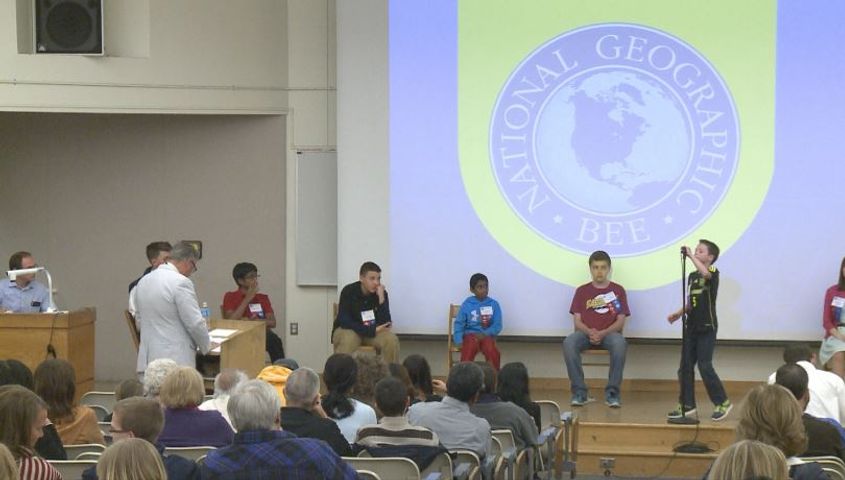 COLUMBIA - 106 students from across Missouri showed off their brain power on Friday for a spot in the annual National Geographic Bee.

The kids competed at the University of Missouri in the state-level geography bee organized by the National Geographic Society. 14 students from Mid-Missouri were part of the competition.

Students' knowledge of national and international geography was put to the test and were asked questions ranging from the names of island chains in the Pacific to the specific location of popular roller coasters in North America.

14-year-old George Frey, a student from Ann Hawkins Gentry Middle School in Columbia, made it into the state finals and placed fourth overall. Frey said he had a lot of fun competing in the championship, and said he'd like to take what he learned from the competition to help him become a travel journalist.

"I can honestly say that it was one of the most life changing moments in my life," Frey said. "It inspired me to work harder and push toward my life goals."

Nikhil Krisham from Rockwood South Middle School in Fenton won the competition. Even though Krisham has competed in spelling bees in the past, this was his first geography bee.

"This is my third competition," Krisham said. "It's a pretty good feeling winning knowing that I prepared as much as I could."

Krisham won $100 and an all-expenses paid trip to Washington D.C. to represent Missouri in the 27th annual National Geographic Bee in May.

Krisham will be competing for the grand prize of a $50,000 college scholarship.