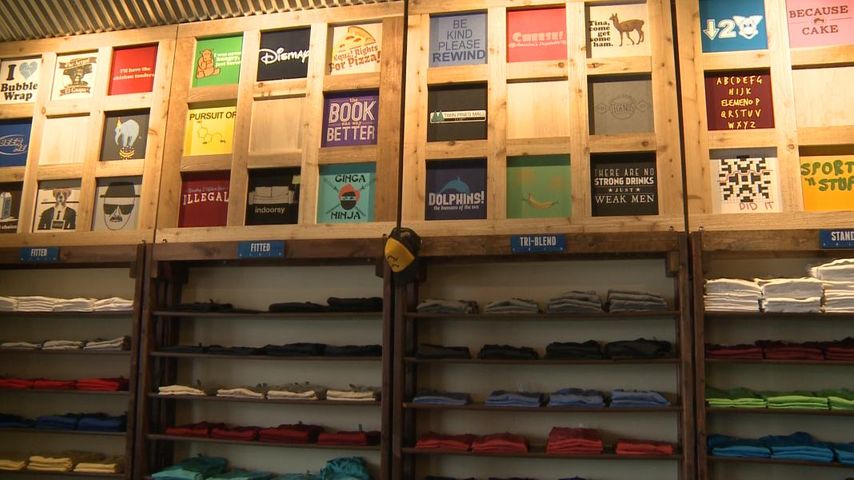 COLUMBIA - The state of Missouri saw an increase in jobs during the month of April. According to the Missouri Department of Economic Development, Missouri gained about 8,200 seasonally adjusted nonfarm jobs including construction work, the leisure and hospitality sector and retail trade.

On April 8, Columbia welcomed Fast Yeti Custom Tees to the Broadway Shops. The company turns customers' creativity into crewneck t-shirts. The store currently employs three people, all of which were hired during the month of April. The store has plans to hire a few part-time employees over the next few months.

Owner Reid Lyle said the city has welcomed his store, "Columbia's received us quite well."

Lyle added Columbia has been a great place to start a business.

"I often think that Columbia is kind of in its own little bubble and is perhaps immune to other economic woes that go on outside of Columbia," Lyle said. "I think a lot of that has to do with we're anchored nicely with all of the universities and other schools. We're kind of a nice little self-contained community."

Lyle said his store has done well during its first few weeks of business, "The last month has been really, really promising, so we're just excited."

Store manager and designer Ryan Montgomery agreed, "It started a little slow just like I think every business does, but it's picked up in the last week."

The Missouri Department of Economic Development added the unemployment rate dipped by about one-tenth of a percentage to 6.6 percent in the month of April.