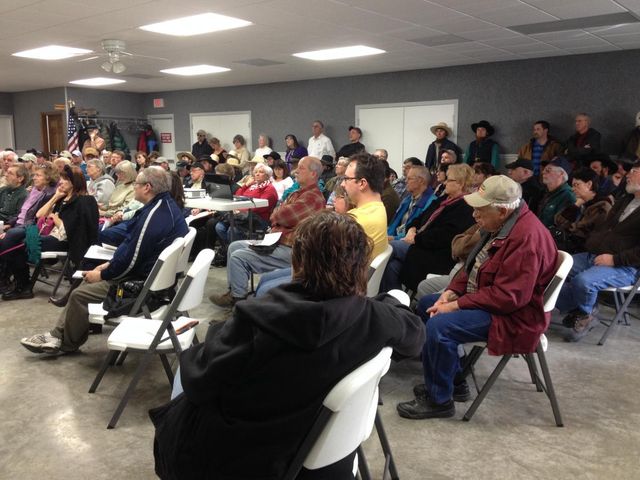 MADISON - A group of mid-Missourians are fighting back after an energy company proposed a $2 billion power line project.

Block G.B.E. met in Madison Saturday to discuss the proposal as well as suggest compromises to the project. Residents at the meeting said they oppose the plan for several reasons, including possible property deflation due to the power lines and residents say the power will primarily be routed to Indiana.

Jay O'Bannon, a farmer in Monroe County, told KOMU 8 News he opposes the project because he says the plan would involve a private company, Clean Line Energy Partners, becoming a public utility and the company being granted easments on landowners' property.

Despite the backlash, Clean Line Energy Partners lists several benefits about the plan on its website. The company says the Grain Belt Express will provide 5,000 temporary and 500 permanent jobs, cheaper energy for residential and business customers as well as clean, renewable energy.

O'Bannon said Block G.B.E. will continue to fight until a compromise is reached.