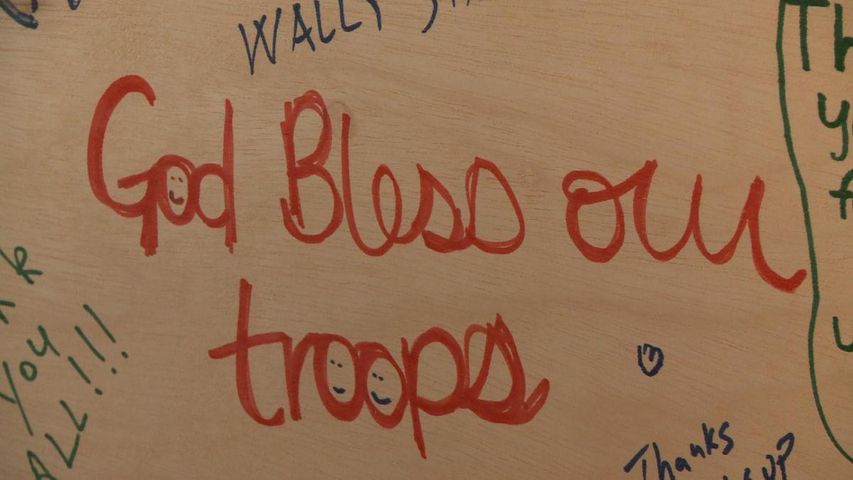 Stephen Wahle, executive chef and food and beverage director at the attached Courtyard by Marriott hotel, said staff wanted to come up with a way to thank the veterans.

"The team just got together and wanted to thank the vets somehow and we decided around Thanksgiving would be a wonderful time to do it," Wahle said.

The buffet included the traditional Thanksgiving fare to serve more than 150 guests. All of the food was donated and, following the feast, leftovers were delivered to local charities. Staff also donated their time to prepare and serve food on a day the restaurant is typically closed.

Wahle said he was overwhelmed by the veterans' gratitude.

"They can't stop saying how great it is. They're really appreciative of it," Wahle said.

Although Bennigan's employees were hoping for a bigger turnout, Wahle said he would still call it a success.

"We're supposed to have another bus load coming here some time soon. We were hoping to do two to three hundred, it looks like we'll be lucky to do maybe 150, 175, which is great," Wahle said.

Wahle is hopeful Bennigan's will put together another feast next year.

Bennigan's also collected donations in the past month to give to the Wounded Warrior Project.