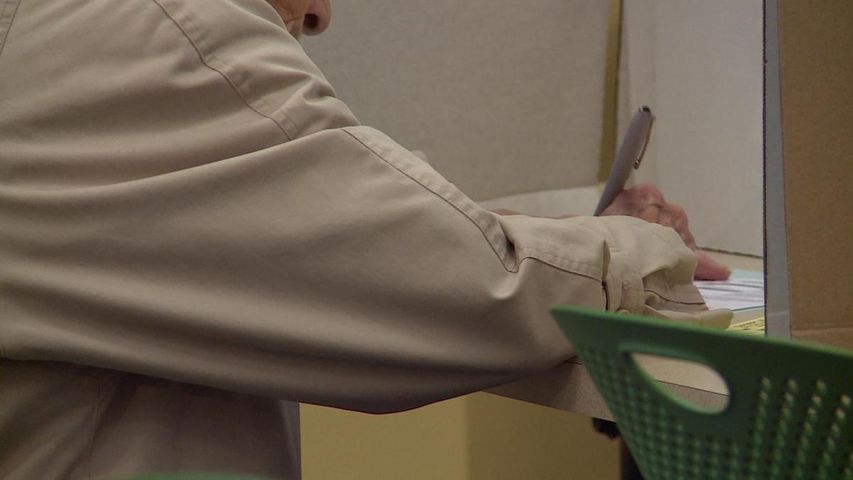 COLUMBIA - Voters hit the polls across mid-Missouri Tuesday, and many said they were able to get in and out of polling locations without difficulty.

The "voter check-in" at Columbia Public Library had very few people standing in line, making it easy for voters to get on with their day after casting their ballot.

Among the biggest issues for voters in Columbia were Propositions One and Two.

"The number of constitutional amendments was overwhelming I think," said Alison Martin. "And the two local issues? It was fantastic to vote on those."

Polls will remain open until 7 p.m.

Voting booths were full at the Columbia Public Library on Tuesday, Nov. 4, 2014, in Columbia, Missouri. Some voters said local special election issues, Proposition One and Proposition Two, are what got them to the polls. (KOMU/Hannah Lazo)

Voters wait to check-in and vote at the Columbia Public Library on Tuesday, Nov. 4, 2014, in Columbia, Missouri. Voters said it took about five minutes to check-in and cast their vote. (KOMU/Hannah Lazo)