Mid-Missouri woman walks to Nashville to chase her dreams 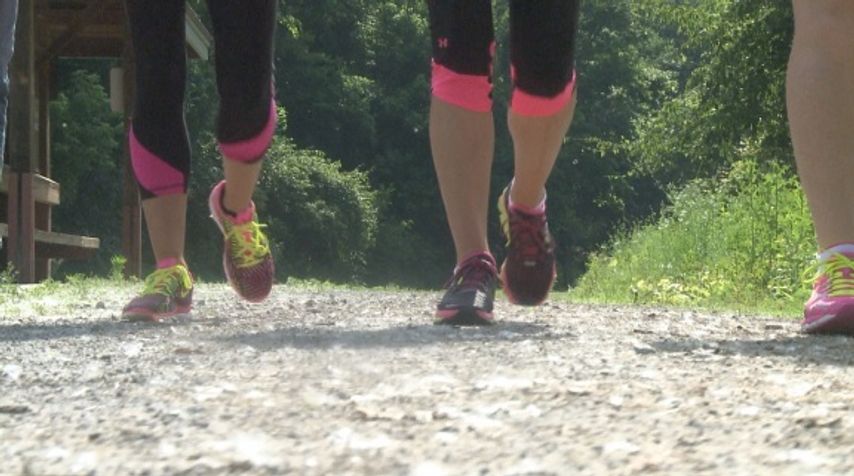 PORTLAND- A mid-Missouri woman is walking 509 miles from Marceline, Missouri to Nashville, Tennessee.

Angie Monnig is a mother, aspiring songwriter and breast cancer survivor. She said the idea to walk to Nashville started out as a joke.

"It started out like kind of a joke between me and my sister a while back after I found out I had cancer," Monnig said. "Her and I have always wrote songs together and we were always going to go to Nashville and pursue it. It started out as a joke one day. I was like maybe we can walk to Nashville. It was never even going to happen. It was just a joke."

Monnig said she started to think about life differently after the doctor told her she had cancer.

"One day they tell you you have cancer and you just see things differently," Monnig said. "You think, 'Oh I may not have every day to do this.'"

"I was laying in bed one night and it was just like all the stuff started coming to me and I just felt like something was telling me I should do this," Monnig said.

She said it took a lot of courage to make the decision to walk more than 500 miles.

"I was afraid people would think I was nuts from the beginning," Monnig said.

Monnig wrote a letter about her journey and then asked her friend Amanda Quinn to read it.

"She came over and she had this letter written up," Quinn said. "She sat down at my kitchen table and was like, 'I need you to read this.' It was her story that's on Facebook. I read it and started crying."

In the letter Monnig wrote, "I'm walking because I've never done something like this and I want the adventure. I'm walking for everyone who is fighting cancer and for everyone that has lost their battle with it. I'm walking for the exercise and to see a different view of the road. I'm walking to spend quality time with my son on a journey that we will never forget. But most of all, I'm walking in hopes to prove that a dream can come true if you want it bad enough and that you can overcome any obstacle in life if you believe in yourself and set your mind to it."

Monnig asked Quinn and another friend, Maggie Lockwood, to join her on the journey.

"[I] said of course I will do this with you," Quinn said. "How do you tell somebody somebody no when your friend asks you 'I have a dream I want to do this. It's crazy but I want you to go with me?'"

Quinn helped Monnig figure out the path she would take one week before the trip started.

"I'm walking the second and fourth weeks of June with Angie," Quinn said. "And I also helped her plan out the route over Memorial Day weekend. We drove from Marceline down to Nashville. We got to Nashville around 1:30 in the morning, and then the next morning we turned around and drove back. We wanted to make sure we drove the roads and make sure they were safe and that it was doable."

One week after the trip, Monnig and her friends started walking.

"I walked the whole first week and then I'll come back the third week," Lockwood said. "And then I'll go back a couple of days and finish with her."

Lockwood said the they got rained on a couple of times, but made good time the first week.

"We were determined," Lockwood said. "We were like, we are going to get there as fast as we can so we can get out of the rain."

Lockwood said after a day of walking, their bodies were sore.

"By the end of it our legs are pretty much nothing," Lockwood said. "Everything hurts."

Lockwood said the walk started on the highway.

"Now we are on the Katy Trail," Lockwood said. "So it's just, it's nice. There's no hills. It's a straight path, so that's been really great and shaded."

Monnig said her brother, another friend, her aunt and uncle have also helped her along the way. They take turns driving a camper to meet the walkers at the end of their day. Quinn said their goal is to walk an average of 20 miles a day.

"Some days are 17 or 18 miles, some days are 23," Quinn said. "So the longer days we try to leave earlier and it's about eight or nine hours of walking."

Monnig said she hopes someone from the music industry will reach out to her when she gets to Tennessee.

"Maybe something good will come out of it," Monnig said. "And if not, it'll at least be a great adventure."

Monnig and her friends expect to arrive in Nashville June 25.