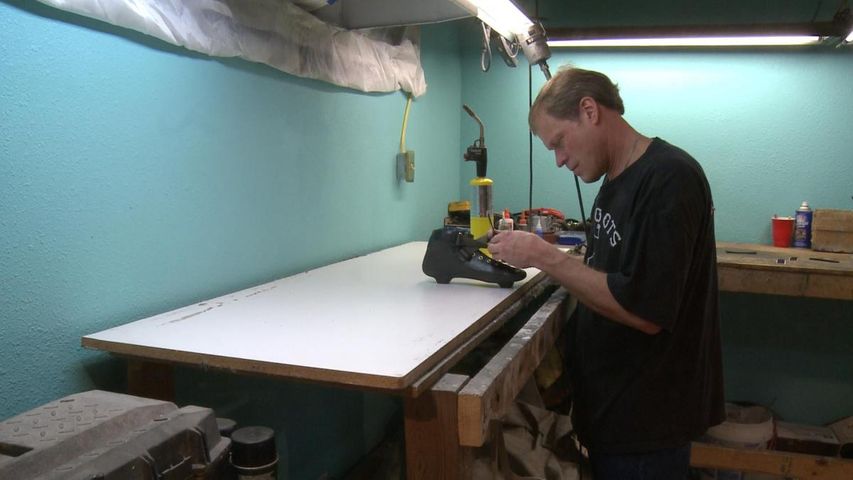 ROCKY MOUNT - People all over the world are focused on the 2014 Olympics in Sochi, but one mid-Missourian is watching the games more intently than most.

Bruce Kohen's two car garage sits at the end of a gravel road on the shore of the Lake of the Ozarks. It has a car and a workbench, but there's one thing that sets his garage apart: Olympic-quality speed skates.

For more than a decade Kohen has made speed skating equipment and it wasn't long until his unique system caught the eye of other athletes.

"I started in '98 in Colorado building boots for myself in the basement, building them for myself, but by word of mouth people saw me on them skating good, so I started building a few pairs one after another," Kohen said.

Word of Kohen's boots made it to the most decorated American speed skater in Olympic history.

"I get a call from Apolo Ohno in the middle of summer and I thought it was one of my friends jerking my chain from Jeff City Speed skating so I actually hung up on him." Kohen said. "The next thing I know he calls back and says, 'no this is Apolo Ohno.'"

Ohno wore Kohen's boots in the 2006 and 2010 Olympics and won six Olympic medals with the Missouri-made skates.

Kohen makes all of his skates by himself, a huge difference from Kohen's biggest competitor.

Kohen said working as a one man band give him a unique challenge.

It's not just the fact that Kohen works alone that sets his boots apart, it's what goes into the boots. Kohen uses a method and materials he pioneered to make some of the most durable skates in the sport, lasting years longer than other companies' skates.

"I put very high end aerospace materials in the boots so they won't stretch and they don't wear out. The skaters can get the same feeling year after year after year out of their boots," Kohen said. "The reason Apolo was able to skate more than one or two years on the same pair of boots was that they're just indestructible."