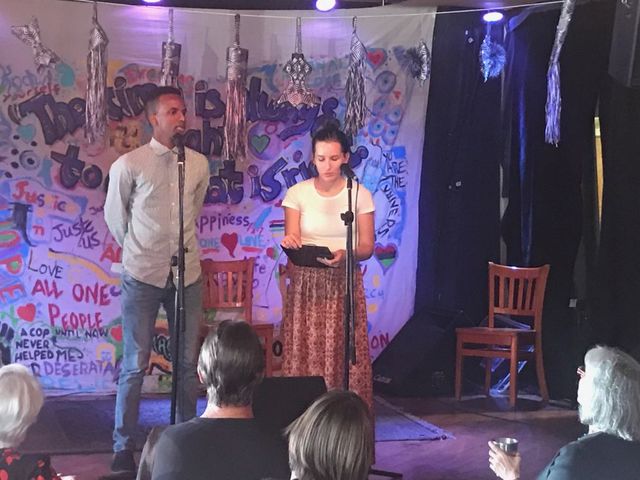 Catholic Charities of Central and Northern Missouri hosted the Refugee Community Showcase at Café Berlin. Organizer Alex Ringling said the goal of the showcase is to bring awareness.

“I’ve just been a volunteer here for a year and I’ve just observed people not really knowing about refugees,” Ringling said.

She said Columbia has been resettling refugees since 1975.

“So people can know there already is a community here. You just really need to collaborate and do more things like this,” Ringling said. “Hopefully teach people a little more about refugees in the Columbia community.”

Many refugees attended the showcase. Apdullhi Ashir, who came from Somalia, said refugees come from all over but have made this their home.

“The refugees are from different countries, but mostly from Africa,” Ashir said. “We would like everyone to come and see and to know people who live in Columbia.”

The Refugee and Immigration Services Office helps more than 130 people resettle in the Columbia area every year. Ringling said Catholic Charities is the only federally funded resettlement agency in Mid-Missouri.

“Our organization, refugee immigration services, works with refugees typically their first three to six months that they are in the United States," Ringling said.

People attending the showcase were asked to give a $10 donation, but it wasn't required.

"This money can be used to help with anything such as rent, utilities, maybe if there is a high utility bill, or something like that things that are meeting their needs."