Mid-Missourians Gather to Taste Chili, Support a Cause 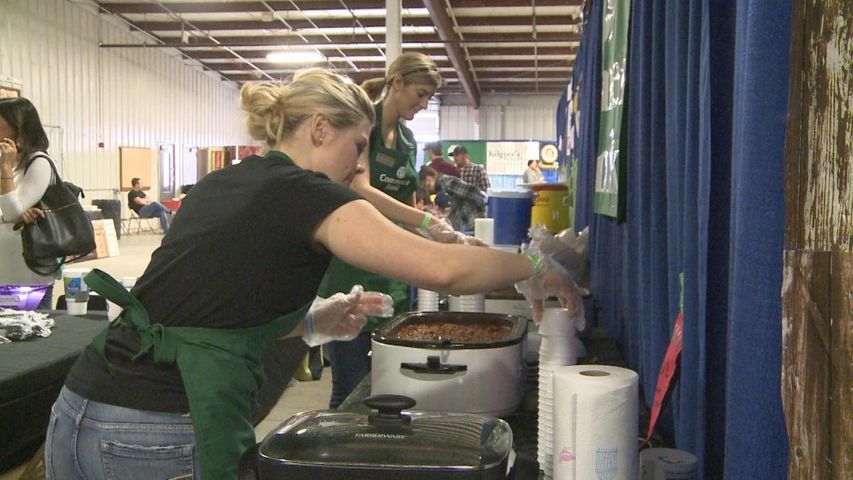 BOONE COUNTY - Mid-Missourians gathered at the Boone County Event Center Saturday to sample chili and support a cause. The Boys and Girls Club of the Columbia area hosted its 9th annual Rootin' Tootin' Chili Cook-off to raise money for its after school and summer programs.

A total of 50 organizations and businesses set up booths and competed for the title of Grand Chili Champion. Each team decorated their booths with different themes and wore costumes.

"The Boys and Girls Club relies on community donations to pay, as a non-profit, for all of the programs and based upon those donations dictates how many kids we can serve every year," said Valorie Livingston, executive director of the Boys and Girls Club. "Our goal is to serve 600 kids this year. We only have two fundraising events each year, our chili cook-off and then an event this fall. So, this money will carry for those programming costs for several months so it's critical that it be highly successful."

Jody Riley is a youth minister at Forum Christian Church in Columbia and participated in the event. He said the chili is good, but it's the atmosphere at the event that makes it enjoyable.

"It's just the fact that we get to have a good time doing this," said Riley. "[Our chef] makes a good product, but it's just being here that makes it best."

He said the good cause is the reason the church wanted to take part in the cook-off.

"We want to come to events like this where we see the people, and show that we are part of this community here," Riley said. "Boys and Girls Club? That's off the charts. That's awesome, that's great. I'm a youth minister so I definitely have a heart for these young people."

Guests paid $12 for entry and each team raised money. Livingston said she expects over 2,000 people to attend the cook-off.