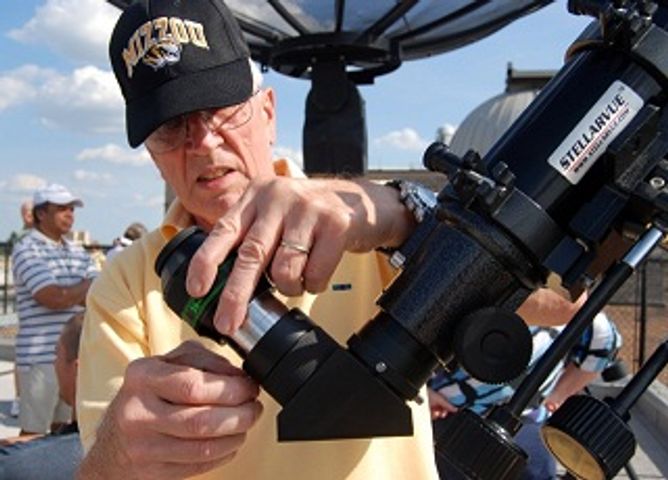 COLUMBIA - It's something from out of this world, and Tuesday night Mid-Missourians will set their eyes to the skies as Venus crosses the sun. Astronomers at the University of Missouri will hold an event for those wanting to watch. Laws Observatory in the Physics Building will be open, and organizers say they expect a thousand people will stop by.

Venus will cross the sun starting at 5pm, and will remain in view across Mid-Missouri for about seven hours. But since the sun will set during that time, people will only be able to see Venus for about 4 hours.

The last time Venus crossed the sun was eight years ago. This phenomenon won't happen again for another 105 years.

Since looking straight into the sun is dangerous for your eyes, astronomers recommend wearing welding goggles or other approved glasses.