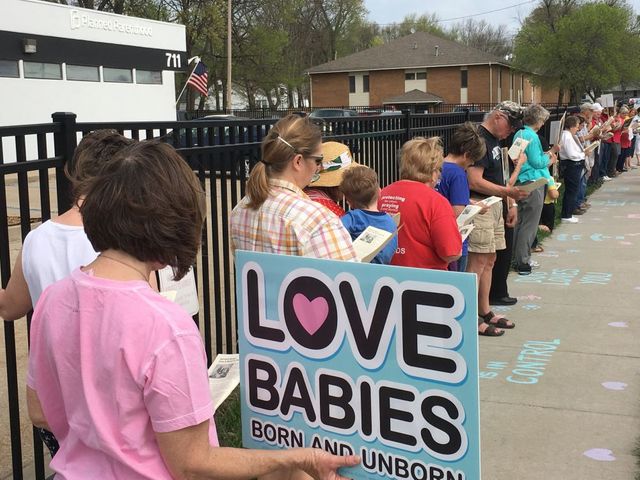 COLUMBIA - Abortion rights opponents gathered outside Planned Parenthood in Columbia Friday morning for the 8th annual “A Way of the Cross for Victims of Abortion” demonstration.

Kathy Forck attended Friday's rally. She said the gathering gave demonstrators the opportunity to pray for everyone affected by abortion.

This demonstration came one day after President Donald Trump signed a law giving states the option to stop federal funding from going to any organizations that provide abortions, which includes Planned Parenthood.

Forck said she and her fellow attendees were excited by Trump’s signing of the resolution.

“We are just thrilled that President Trump has done what he said he would do,” she said. “He said that he would defund Planned Parenthood.”

Bonyen Lee-Gilmore, a spokesperson for the Great Plains branch of Planned Parenthood, released a statement in response to President Trump’s bill.

This funding that could potentially be blocked by states is called "Title X," and is part of the nation’s family planning program. According to the Planned Parenthood website, Title X provides services including birth control, contraception education, cancer screenings and more.

The organization said more than 4 million people rely on Title X, and 80 percent of Title X patients live below 150 percent of the federal poverty level.

However, this resolution could prompt state lawmakers to take action, and prohibit federal funding from going to organizations that provide abortion services.