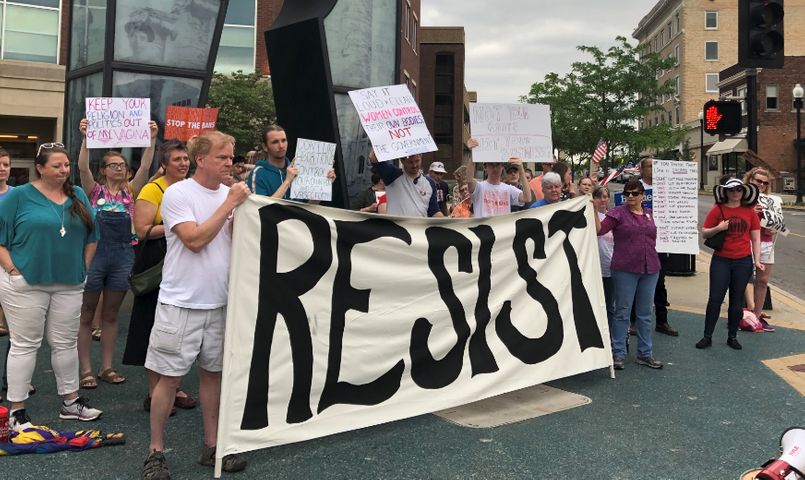 COLUMBIA - The Missouri Abortion Bill has passed in the House and Senate.

Saturday, mid-Missourians gathered outside of Columbia City Hall in protest of the bill. Some held signs and coat hangers in the air, while others came forward to share their thoughts.

The bill will ban abortion at eight weeks of pregnancy and will require parental notification if a minor is trying to receive an abortion.

"The bill that we passed yesterday is going to have severe consequences," said Stevens. "Yesterday we passed one of the most dangerous bills in my time here in the last three years."

Stevens said a lot of women don't know if they are pregnant at eight weeks and this will disproportionately impact low income women that don't have resources to travel out of state.

Rep. Nick Schroer, R - O'Fallon sponsored this bill, and he said this bill will not hurt anyone, but open up other opportunities for everyone.

"It's not only going to help women in certain challenges," Schroer said. "It is going to continue to saving lives of the unborn as well."

Once signed by Governor Parson, Missouri will sit with Alabama and Georgia with passage of one of the most restrictive abortion laws in the country.