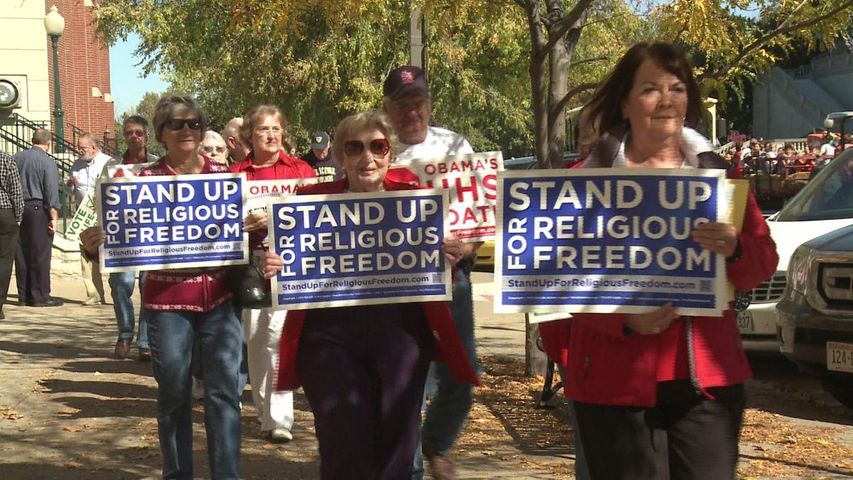 JEFFERSON CITY - Dozens of mid-Missouri residents, including Republican gubernatorial candidate Dave Spence, gathered in Jefferson City Saturday afternoon to protest the Obama administration mandate for contraceptive coverage under the Affordable Care Act. The rally was one of many held across the country Saturday as part of a nationwide "Stand Up for Religious Freedom" rally.

Protesters rallied at the Selinger Catholic Culture Centre then marched across the street to the state Capitol to speak out against the mandate. They said the mandate infringes on the rights of employers that might have moral or religious objections to providing contraceptives.

Anti-abortion groups also held "Stand Up for Religious Freedom" rallies in Kansas City, Springfield, St. Louis and nearly 150 other cities across America. This is the third time the national rally has been held.