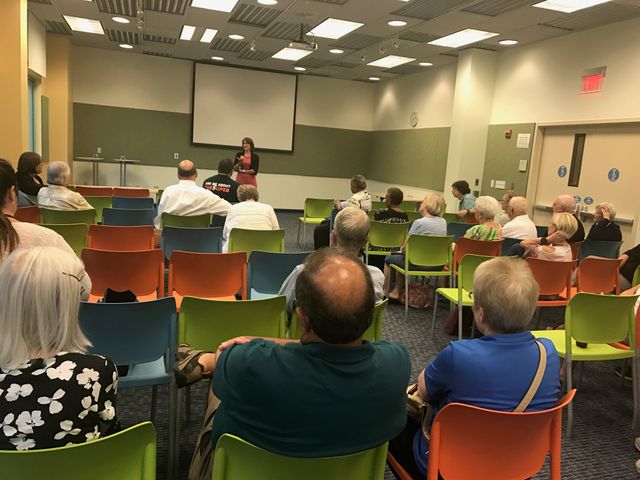 COLUMBIA - People came from all over mid-Missouri to have their voices heard at an open forum about the future of Boone Hospital on Thursday night.
Boone Hospital currently has a lease with BJC Hospital. However, that lease expires in 2020, so Boone Hospital is considering merging with MU Health.
Ellis Benus said he and his family have always preferred Boone Hospital.
"I read an article online that was talking about the potential partnership between the two hospitals and I freaked out," Benus said. "I just couldn't believe it. And so I'm sitting at my computer and I thought what can I do. The first thing that I thought was going to change.org, starting a petition on there."
That petition has nearly 1,800 signatures of people who do not support the two hospitals merging.
Benus said Boone Hospital is one of the only hospitals that serves the mid-Missouri area, and he is concerned about a monopoly.
Advocates for and against the merger met Thursday night during a public forum to discuss their position on the hospital's future.
One advocate for the merger said MU Health has the Missouri Orthopedic Institute to offer.
Benus said that if the merger does occur, he will seek medical care somewhere else.
"My wife has a cousin that works for BJC in Saint Louis, we have friends who work at hospitals in Kansas City and I don't think it will be a big idea to travel to either location," Benus said.
Another opponent of the merger, Roy Hartley, said he attended the forum because he is opposed to the two hospital merging.
"I think the people of Columbia deserve a choice," Hartley said. "We don't really need to become a one hospital town."