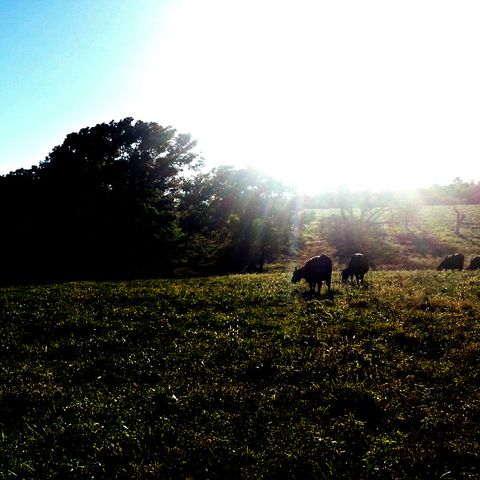 DENT COUNTY - Recent Missouri Cattlemen's Association and United States Department of Agriculture data show cattle producers are earning more than they have since the 1970s, inadvertently causing beef consumers to feel the pinch at the grocery store.

Missouri is ranked third in the U.S. cattle industry, behind Texas and Nebraska. However, it ranks second when looking at family farms.

Frank Barnitz, owner of Barnitz Farm Inc., upholds a family tradition of his own farm, maintaining around 1000 head a year. He said he watches the marketing of his business very closely

"We have to make sure we're making good business decisions," Barnitz said. "We're providing a protein, beef product to the consumer. It's my job to give them the best we can. We've changed a lot over the years, to meet a demand... and that's why the price is so high for consumers now. We have changed to make it the best quality possible."

USDA data specifically shows the price has fluctuated around five dollars a pound since the beginning of the 2013 summer. Beef consumer Judy Bryson, of Mexico, said she is a little shocked.

"When you're talking five dollars a pound, it just becomes an issue." Bryson said. "For my family, I am concerned about waste. I can probably go to a steak house and pay the same amount [without wasting what I buy from the grocery store]. Some families who are trying to make ends meet, probably don't get the protein they need. So, that's just a little concerning."

Mike Deering, Executive Vice President of the Missouri Cattlemen's Association, said it's because of the 43 percent loss in the amount of families remaining involved in the industry.

"It's a train wreck," Deering said. "People are losing ground, children are leaving the farm-it's frightening."

Deering referred to Department of Labor legislation that turned producers off. It regulated youth the age of 16 years or younger to be banned from working on farms.

"It's sad [the scenario] seems to have caused generations to move on to bigger cities, maybe something more profitable," said Chandra Sullivan, a weekly beef consumer from Centralia. "I hope it turns around. I hope the younger generation gets interested in what their parents and grandparents built up for us. I'm sure farming is not for everybody, but it's an amazing legacy."

Missouri's family farms usually consist of 36 head per farm, with about 52,000 farmers total. The state produces an average of 25.7 million feeder calves annually.