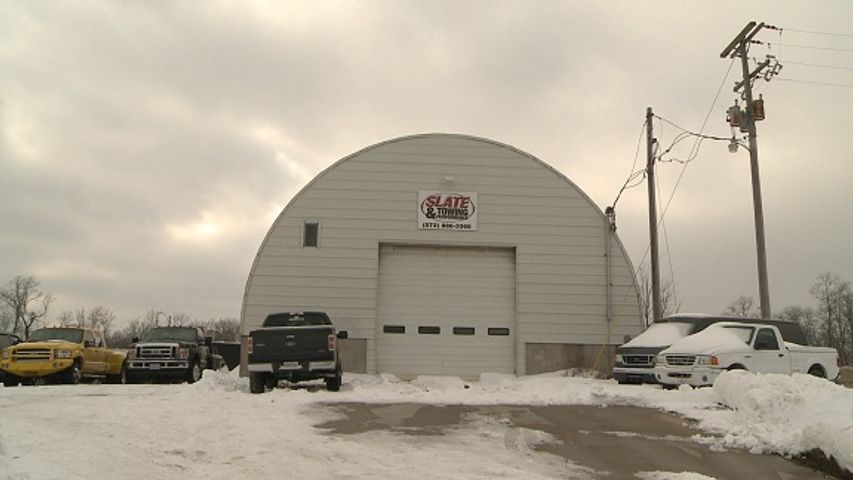 COLUMBIA - This week's winter weather forced many Mid-Missourians to leave their cars stranded on road sides. Many are coming forward claiming they feel taken advantage of by local tow companies after not being able to find out who towed their cars and why.

Slate Towing is reportedly charging more than $300 for their services, which were not authorized by vehicle owners or Triple A. The bills include costs for equipment, storage, labor, and an extra $100 for winter conditions.

Columbia resident, Anthony Mitchell, whose bill was $225, said he called Triple A to tow his car last night, but when they arrived his car was already towed by Slate Towing, charging him double what he pays for annual Triple A coverage.

Designer Ryan Studt, whose bill was $315, said "Our car was stuck in Slate's lot and no one from the business would help us get it out. After I asked for a shovel and was told they didn't have one, I was nervous they would have charged me more for their assistance."

Kiffer Slate, owner of Slate Towing said, "Every situation is different," and prices reflect that depending what equipment is used to tow a car. Slate also said he was authorized to tow cars by the Missouri Highway Patrol, Columbia Police Department, and Boone County Sheriff's Department.

Studt said even though his wife's car was on the side of the road in a subdivision, not in a 40 foot ditch, it still cost him $315. "The county needs to be more responsible in choosing who tows cars or at least regulate pricing for Mid-Missourians," said Studt.