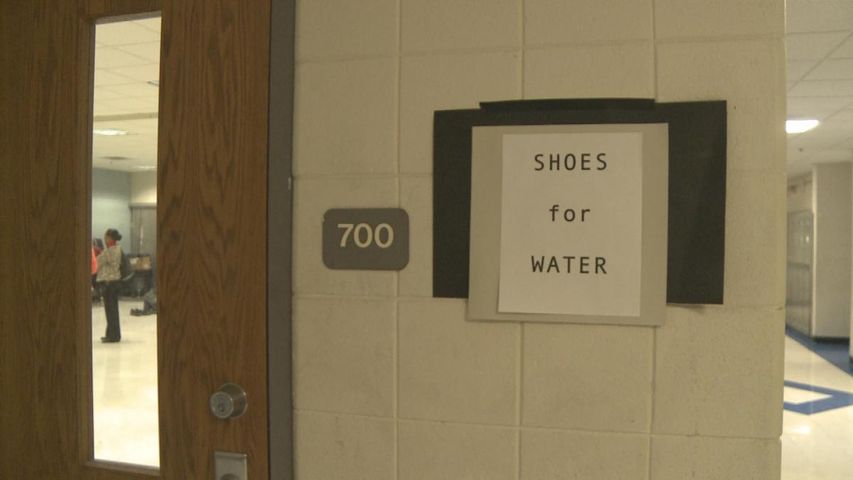 JEFFERSON CITY - Middle school students in the Jefferson City Public School District began a shoe drive for people in Haiti Wednesday morning.  Students at both Thomas Jefferson and Lewis and Clark middle schools are conducting a shoe drive which will last for the next few weeks.

Thomas Jefferson students set up several booths to conduct individual presentations on the shoe drive. "Billions of people don't have clean water sources, and that's really surprising," student Hannah Watson said.  "There are so many more people in the world without the things we have here, and that was really eye opening to learn about."

Those running the shoe drive used the presentations to educate fellow students about the areas of Haiti benefiting from the donations, according to program instructor Suzanne Luther.  In addition, students  researched dangers of water pollution in Haiti as well as foot diseases in the region.

"That's where their learning lets them be effective at persuading their audience, and then the kids who give shoes really want to give shoes, and [they] understand why," Luther said.

Students at Lewis and Clark will make their presentations next Wednesday.