You have permission to edit this article.
Edit
WATCH NOW
Home
News
Weather
Sports
Traffic
What's On
KOMU 8 Cares
Contests
Share This
1 of 3 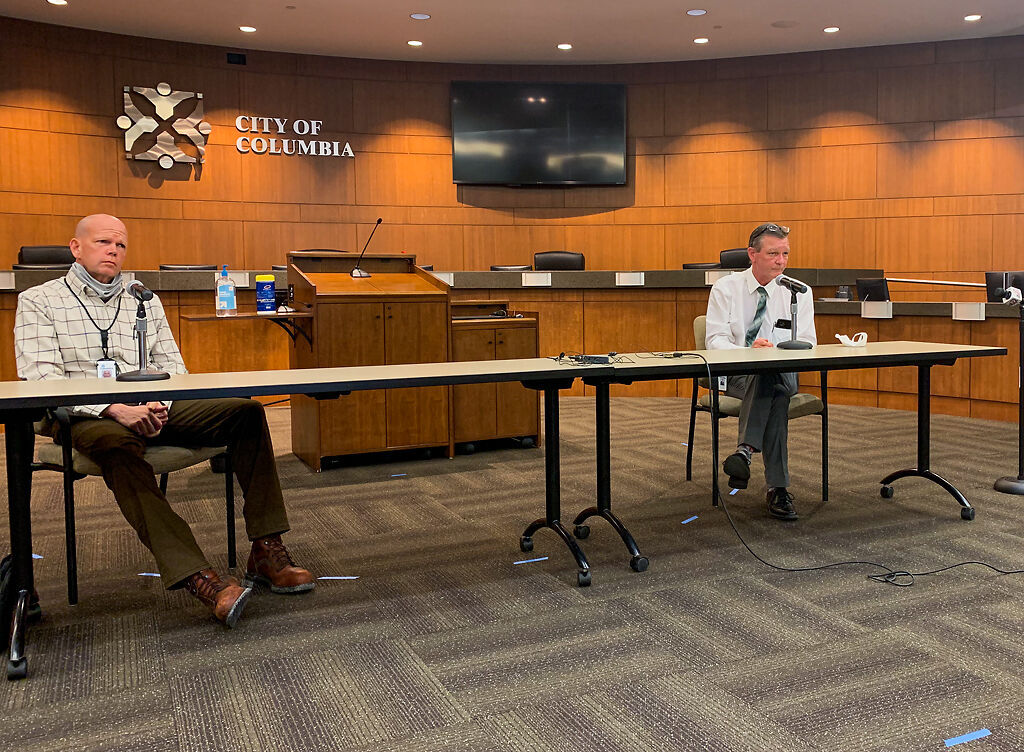 David Sorrell and Steven Hunt speak during a news conference Thursday at the Daniel Boone City Building in Columbia. 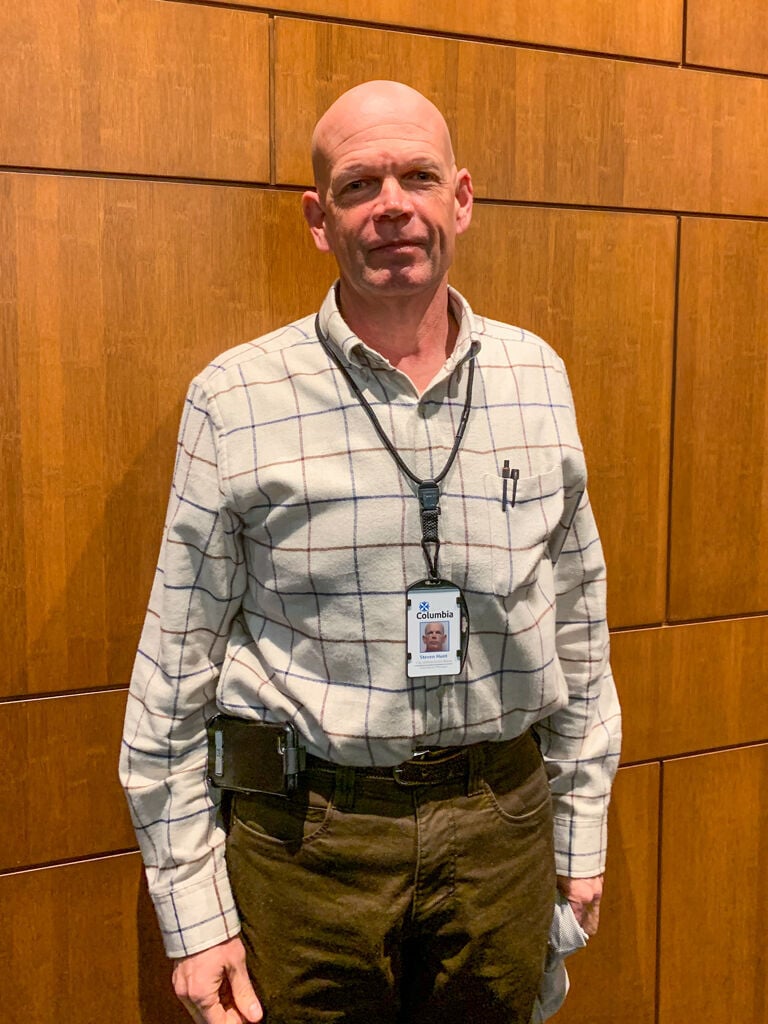 Steven Hunt, solid waste utility manager for the city of Columbia, poses for a photo Thursday at the Daniel Boone City Building. 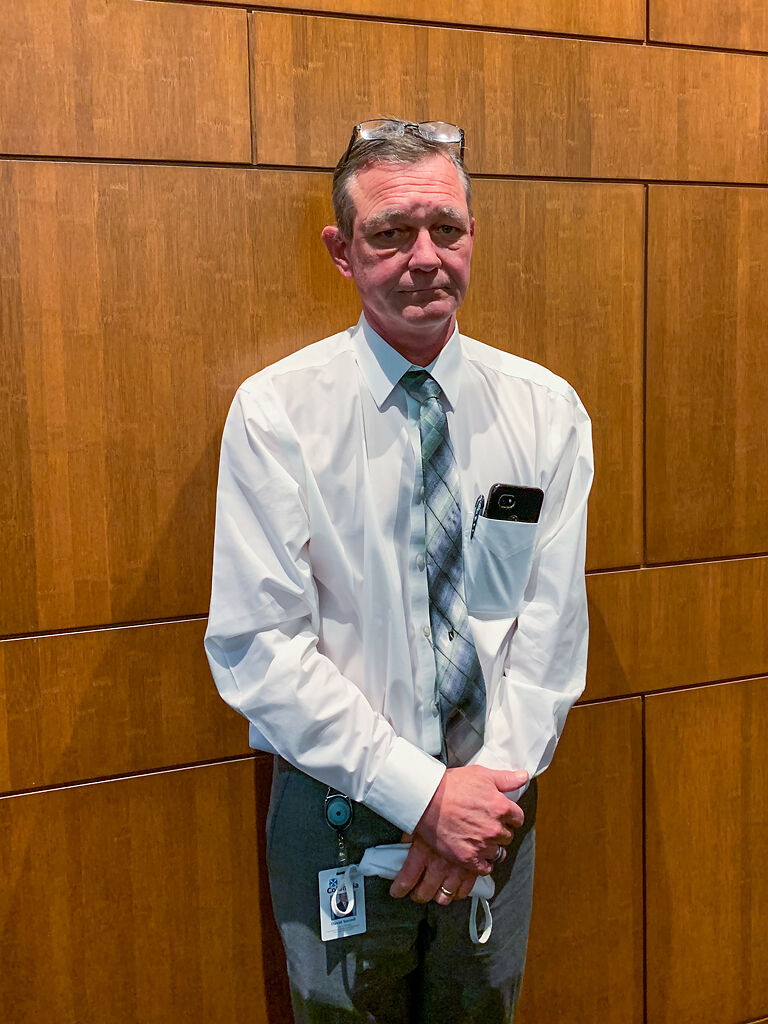 David Sorrell, the director of utilities for the city of Columbia, poses for a photo Thursday at the Daniel Boone City Building.

David Sorrell and Steven Hunt speak during a news conference Thursday at the Daniel Boone City Building in Columbia.

Steven Hunt, solid waste utility manager for the city of Columbia, poses for a photo Thursday at the Daniel Boone City Building.

David Sorrell, the director of utilities for the city of Columbia, poses for a photo Thursday at the Daniel Boone City Building.

As part of the model, which was approved by the Columbia City Council at its Sept. 21 meeting, the city will only collect garbage set at the curbside if it is in black bags stamped with the city logo. Each household is allotted 104 bags annually, which comes out to about two bags per week. The city expects customers to receive vouchers for the bags by Jan. 18.

Sorrell said this new system would make waste disposal more like other utilities such as electricity and water. Rather than paying a flat rate no matter how much trash a household generates, this model means “the more you use, the more you pay.”

Sorrell emphasized that customers are not limited to two bags per week, though he is confident that should be more than enough for most households. Customers requiring more bags will be able to buy them for $2 a piece in rolls of five. They will be available at Gerbes, Hy-Vee, Menards, Moser’s, Schnucks and the Daniel Boone City Building.

There is no limit to how many bags can be placed on the curb, as long as they are in the official bags from the city. They cannot contain more than 50 pounds of trash.

There will be no grace period for customers who fail to make the switch on time, Sorrell said, adding he is confident that with the option to redeem vouchers through a contactless drive-thru, customers will have plenty of time to make the shift. The drive-thru will be from 10 a.m. to 7 p.m. Jan. 19-22 and 8 a.m. to 4 p.m. Jan. 23.

Hunt said the idea behind the new system is to make waste disposal more equitable among residences and to ease the burden on trash collectors.

The new system, Sorrell said, will make it easier for crews to collect garbage by giving customers an incentive to not “just throw everything in the house out on the curb.”

The sanitation workers first raised concerns about the overwhelming amount of garbage in December 2019, Sorrell said. As part of the new system, customers are prohibited from setting bulky items at the curb for collection without scheduling the pickup and paying an extra fee. And all other waste will have to be contained in bags.

Sorrell and Hunt both said they hope the “pay as you throw” model will increase retention of employees.

Hunt said the Solid Waste utility requires 28 full-time employees to cover the eight trash routes and five recycling routes. As of Thursday, it had just 16. It supplements crews through PeopleReady, which provides temporary workers. However, two temporary employees are required for the work of every one full-time city employee. Each truck usually has a crew of two, one who drives and the other who loads the waste into the vehicle. When they are both full-time city employees, they can take turns doing both tasks.

When the city uses temporary employees who lack commercial driver’s licenses, it needs three people per truck, Hunt said. The city employee drives while the temporary workers load the waste.

Sorrell said the “pay as you throw” system represents the second phase of changes to the trash and recycling program approved by the council as part of the fiscal 2021 budget. The first phase was implemented in November and required customers to schedule the disposal of bulky items.