Columbia could be getting another sports complex where the Boone County Fairgrounds are located.

BOONE COUNTY - The former Boone County Fairgrounds may be renovated into a new park for Columbia.

The 135-acre area housed buildings for the Boone County Fair. Under a request by the City of Columbia, that area would be developed as a future city park.

The Planning and Zoning Commission will meet Thursday night to discuss the annexation. As the fairgrounds are currently located in Boone County, the meeting will discuss if the area should be included in Columbia city limits.

Gabe Huffington is the Park Services Manager for Columbia Parks and Recreation. He explained what the park might entail for the community.

"We have a plan that shows what would be like a majority sports complex," Huffington said. "There are outdoors synthetic turf, multipurpose fields, basic softball fields and an eight lane track."

Twenty-nine acres of the land would be dedicated to future Boone County fairgrounds. Huffington explained what some other plans are for the area.

"The ultimate goal was for the fair to return to that property, as it's been gone for a number of years," Huffington said. "We have 29 acres designated to them for infrastructure and and to build out their buildings to be able to hold that late summer event at the property." 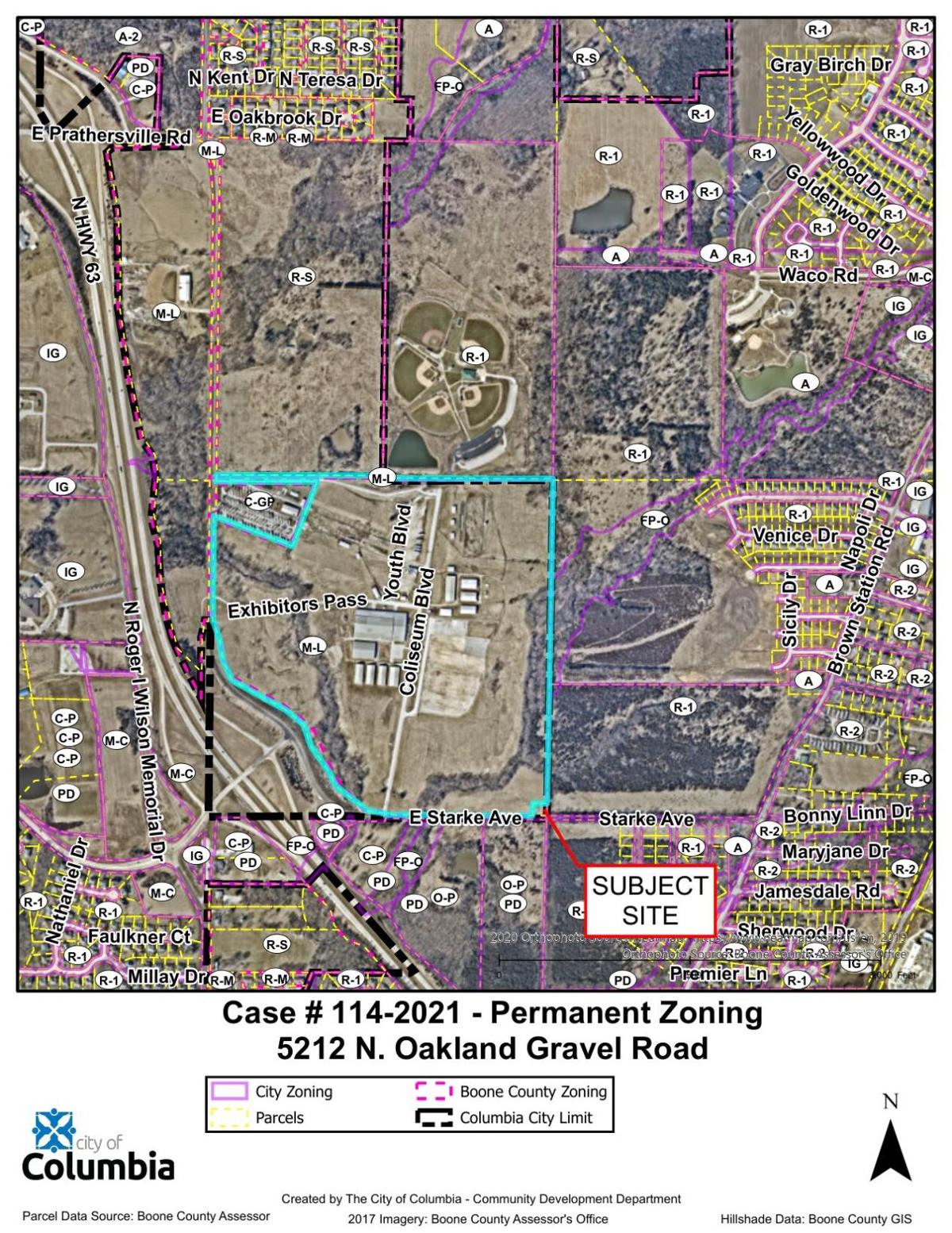 Located northeast of the intersection at Brown School Road and Highway 63, the park would be a major trailhead or entrance to Bear Creek Trail and the Henson Creek Trail. Columbia Parks and Rec would also take over maintenance for a portion of the MKT trail that's currently maintained by the county.

An agreement for the city to take over the property was finalized in early January of 2020. After Thursday night's annexation discussion, the next step for the property is to get approval through City Council.

The COVID-19 pandemic is pushing lumber and material costs up for developers and new buildings. The city plans to use Columbia's park sales tax and grant funding to get the park completed, despite higher costs. Huffington explained how the department is taking these higher costs into account.

"We are definitely mindful of the current cost of construction and how much development we could do at different parks," Huffington said. "When we look at something that we may push off for six months, it may be more of a priority right now to purchase it as we're anticipating these costs to continue to increase."

Despite all the current action plans between the city and the department, Columbia won't see ground break on the park for awhile.

"We know we won't do anything until past 2022 because there are some lease agreements on the property," Huffington said. "We will start the development process after that [2022] date when funding allows."