The map, which must now be approved by Gov. Mike Parson, would split Boone County into two districts.

Currently, all of Boone County is in District 4.

The new map would keep the northern half of the county in District 4, but move the southern half to District 3. 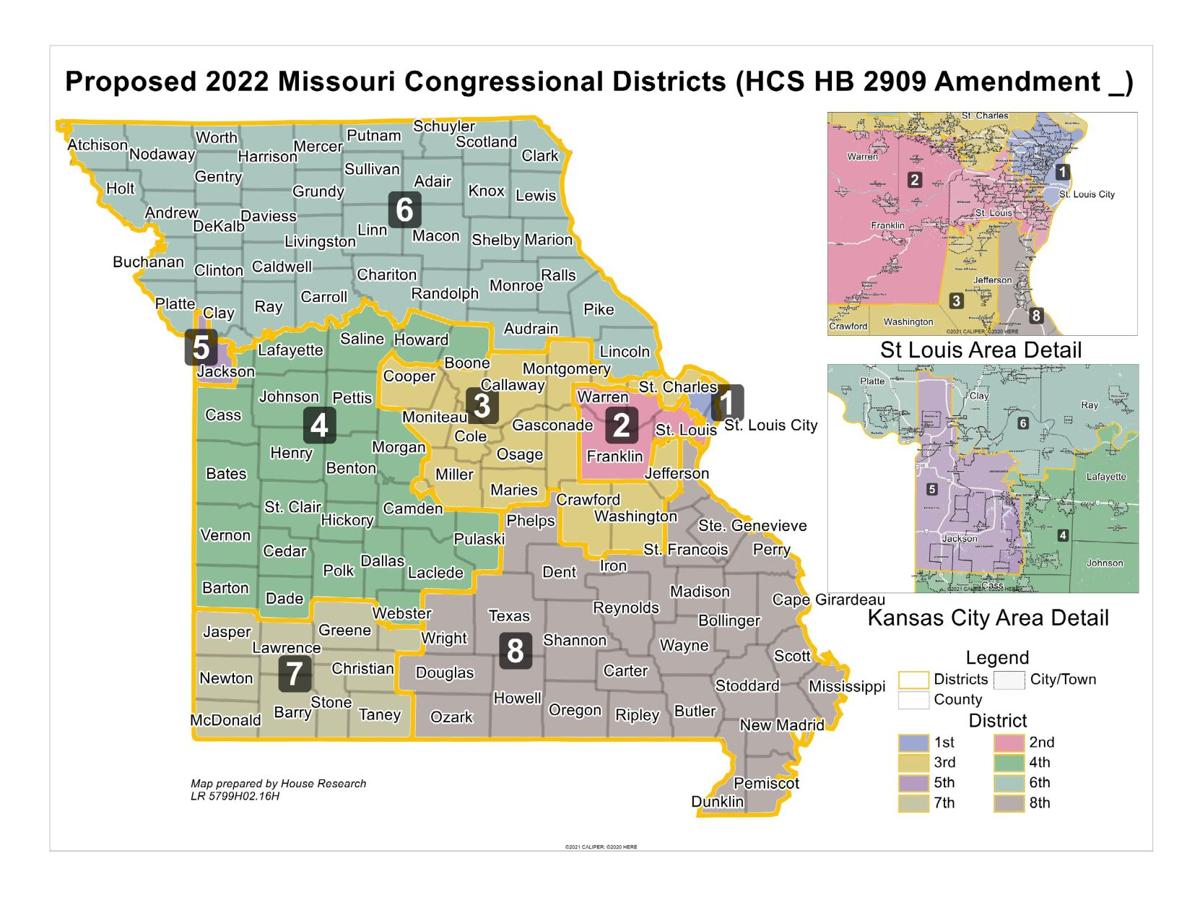 Boone County Clerk Brianna Lennon will be responsible for executing all the changes for voters in the county.

"I would expect as we're getting closer to the August election and people are getting their ballots, we would be putting out more information on social media, through press releases, on what to expect," Lennon said. "Because they will see different candidates on their ballot than they may have had in the past."

Managing the new map for the congressional districts will also merge with the state's House maps and city of Columbia ward maps.

"Our role in the process is layering all the different districts map on top of each other, then that allows us to draw where our precinct lines are," she said.

May 24 is a substantial deadline. Every district must finalize the list of items they want to see on the August ballot: the primary election, Columbia's third ward runoff election, and still being decided — roll carts.

"It's not going to be major changes to anything else," she said. "We just need to make sure you get the right ballot as a voter, and in order to do that, we need to have all the mapping correct."

That is why, while we have not yet received the bill, my office has already started the review process of the proposed map. We will be prepared to take action soon after the bill is sent to my desk on May 18. (3/3)

Gov. Parson tweeted his support of the bill on Friday. He said his office is ready to act once he receives the final copy on May 18.

The map is considered 6-2 with a Republican majority.

Matt McCabe is a reporter and digital producer for KOMU 8 News.