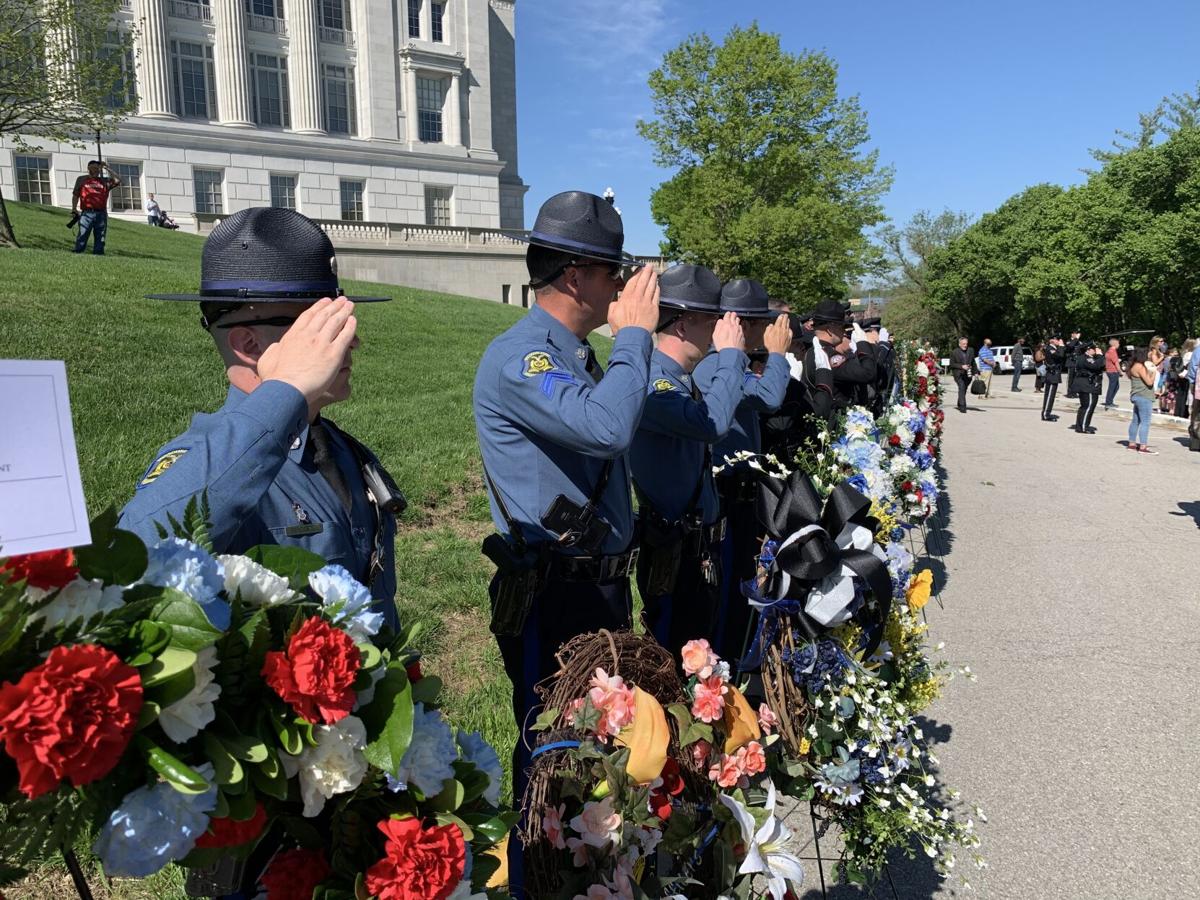 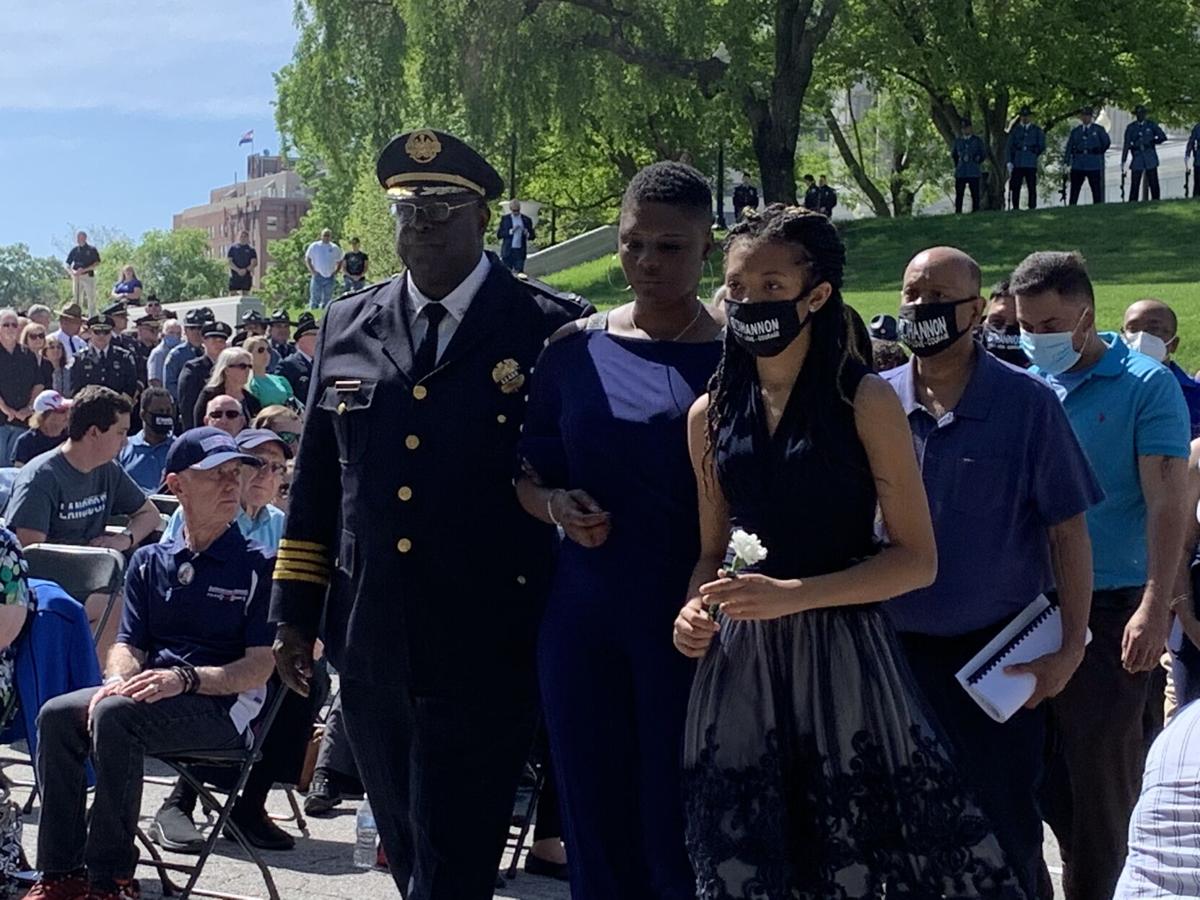 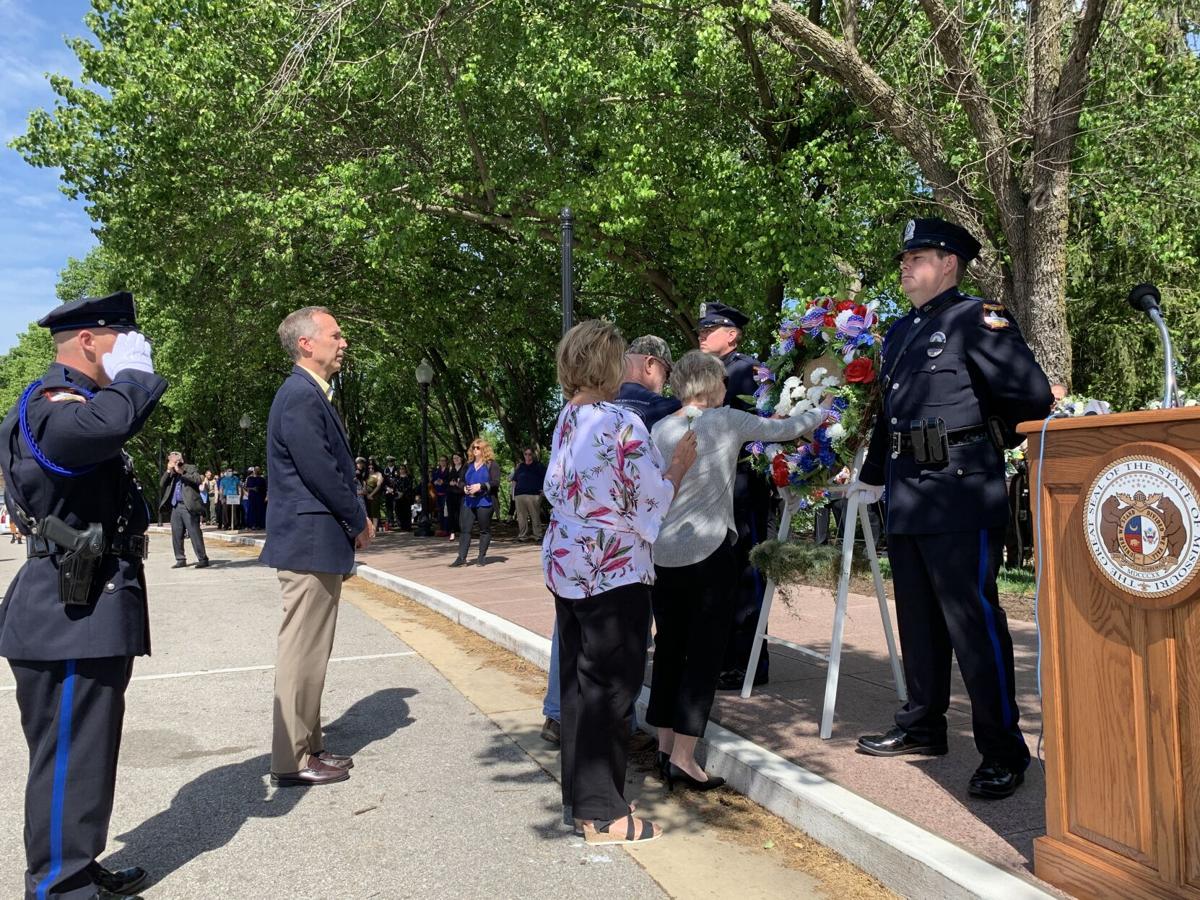 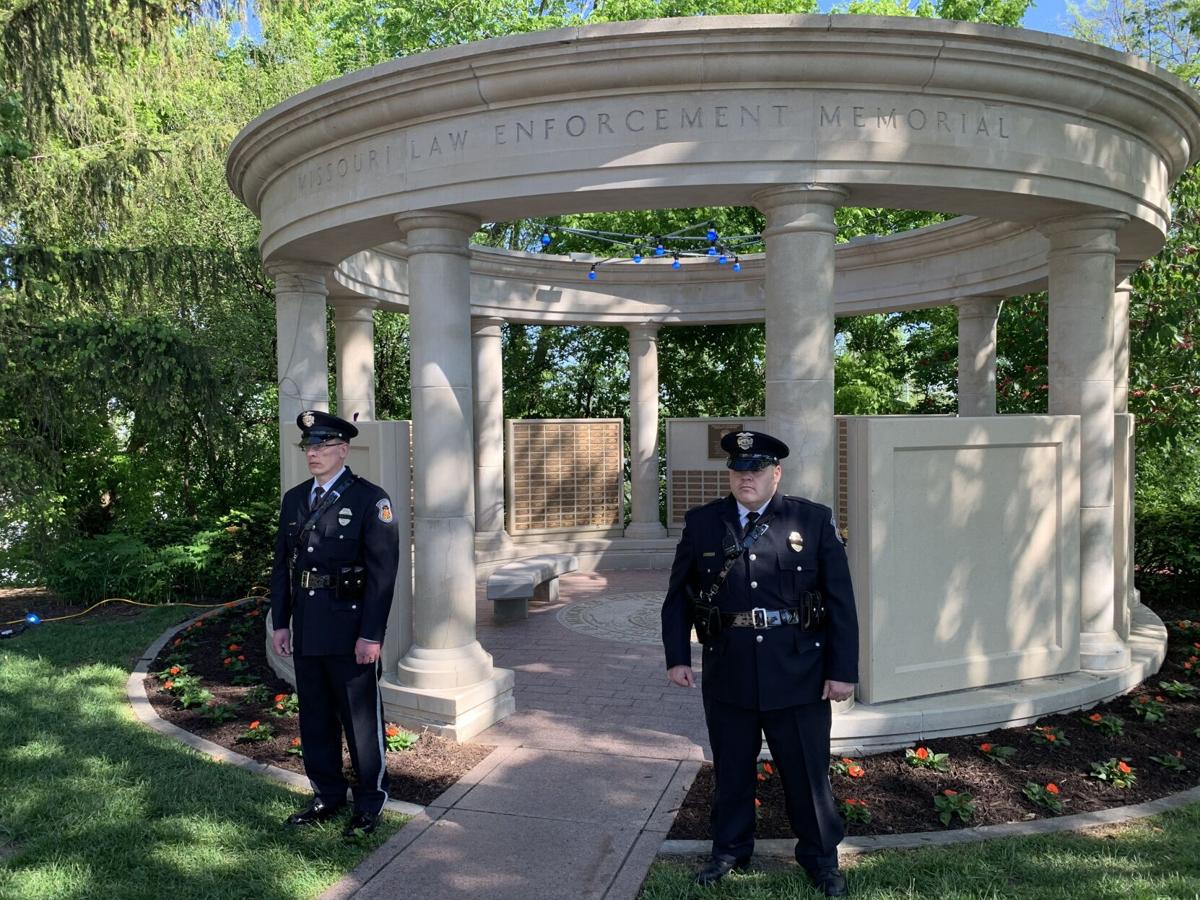 JEFFERSON CITY — Hundreds of law enforcement officers and families from across the state gathered at the state capitol Saturday morning to remember officers killed in the line of duty over the past year.

The ceremony returned to the Missouri Law Enforcement Memorial after being held virtually in 2020. Organizers of the memorial echoed that events over the last year have highlighted the profession's importance.

"The recent spate of mass shootings have shown us that this country needs our heroes in blue more than ever. If not for the men and women whose names adorn these walls, society would fall in the face of fear and peril," Missouri Fraternal Order of Police president Rick Inglima said.

"Law enforcement officers face unknown risks and danger every day, and sometimes, tragically, make the ultimate sacrifice in their commitment to keeping the communities they love safe," Attorney General Eric Schmitt said. "It’s imperative that we continue to honor and remember that sacrifice."

Families of all of the fallen officers were escorted by an honor guard to place a white rose at the memorial in their honor. They were joined by many families of officers who passed away in previous years, as a yearly tradition of keeping their memories alive. The St. Louis County Police Pipes and Drums also played a rendition of "Amazing Grace" on bagpipes and the Missouri State Highway Patrol troopers gave a 3-volley shotgun salute.

The names of each officer, in addition to the names of seven law enforcement officers whose historical line of duty deaths were recently confirmed, were added to the memorial's wall of honor.

“The names on this wall were husbands and wives, mothers and fathers, sisters and brothers, aunts and uncles, and sons and daughters,” Lieutenant Governor Mike Kehoe said. “Today, we remember them. Today, we offer condolences for those for whom the grief of loss is still very raw and real."

A candlelight vigil was also held Friday night and the capitol dome was lit blue for the event.

Cory is a multimedia journalist for KOMU 8 News.