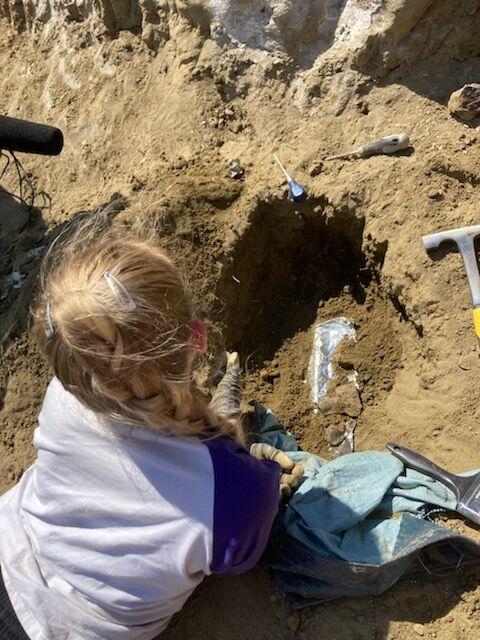 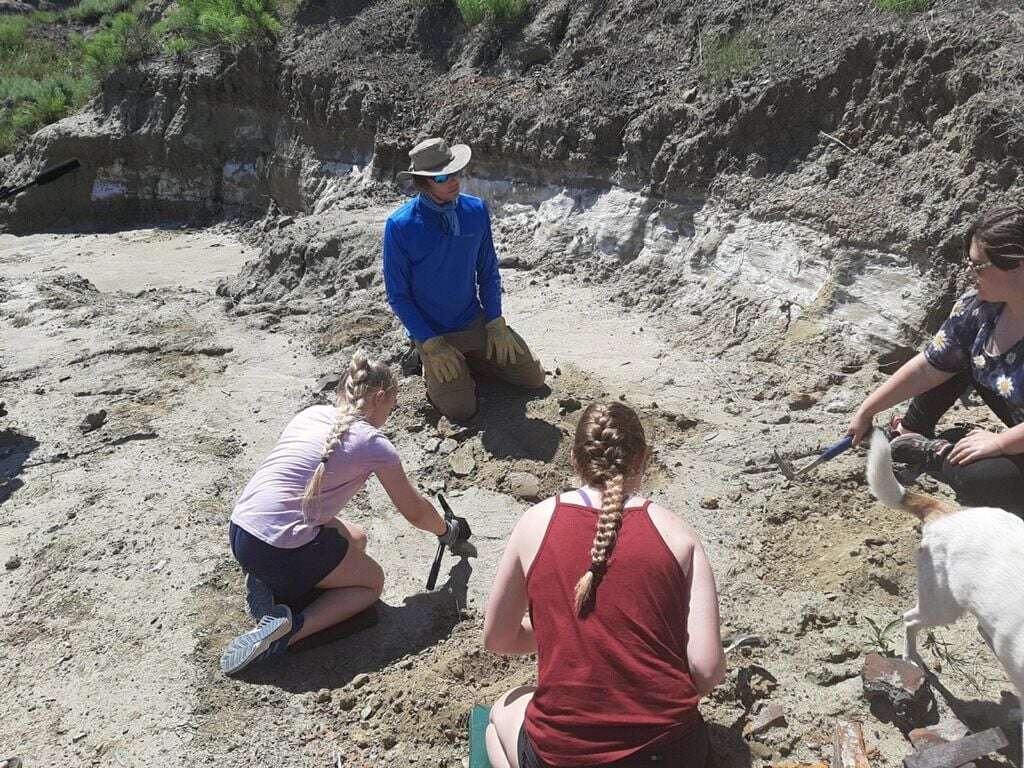 FULTON — When it comes to dinosaurs, 10-year-old Mila Krenzel always gets excited.

Mila’s love for dinosaurs traces back to a birthday in which she received a gift from a friend.

“I got a model dinosaur for my birthday and from then on I just wanted to keep learning about them,” Mila said.

This summer, Mila, who is from Linn Creek, has worked with researchers from Westminster College in parts of northern South Dakota.

During that time, she uncovered vertebrae and has helped Westminster paleontologist and associate professor David Schmidt find bones for what very well be the most intact skeleton of a triceratops.

Schmidt has worked at Westminster’s Coulter Science Center for more than eight years, and he has been excavating bones of prehistoric creatures whether they be dinosaurs or ancient mammals that are now extinct.

Mila was first introduced to Schmidt in the fall of 2020 when she and her family were given a tour of the labs where bones were being analyzed.

Mila found that when looking at the skull of a recent triceratops that was discovered last year, she noticed an interesting groove on the skull.

“Mila started asking all these really good questions and some very astute observations,” Schmidt said. “She really impressed me so I invited her and her family to join us this summer to excavate.”

Not only did Mila discover multiple bones for what Schmidt and his team are now calling Shady the Triceratops, she also found multiple ribs of the fossilized dinosaur.

In the last two years, the Westminster program has uncovered hundreds of fossils of multiple species of animals.

Schmidt’s department has worked around the clock all year to construct fossils of dinosaurs, turtles and mammals from digs in South Dakota and fields of Nebraska.

Schmidt says that he needs more kids with Mila’s enthusiasm for dinosaurs.

“She is amazing because she is kind of like a sponge,” Schmidt said. “She soaks information in what’s really great is that she can apply that information later on.”

Mila has been invited once again to join Schmidt and his colleagues next summer where they will continue to excavate and construct parts of Shady the Triceratops.

“I am very grateful and I am very fortunate to have this experience,” Mila said. “The people I work with are amazing and they are very smart. I am glad to have had the experience. It was so fun!”

Mila says that when she grows up, she wants to be a paleontologist.