COLUMBIA − The Missouri Department of Transportation says it has closed the Stadium Boulevard exit to westbound Interstate 70 to alleviate traffic back ups.

The exit will stay closed until Tuesday evening, according to MoDOT.

Large traffic back ups are expected as westbound I-70 is down to one lane near mile marker 122 after an injury crash Monday led to the closure of Sorrels Overpass in both directions. MoDOT officials say the right westbound lane is closed for travelers' safety.

🚨BOONE COUNTY/SORRELS OVERPASS UPDATE🚧To alleviate large traffic back ups related to emergency work at the Sorrels Overpass, the entrance ramp from Stadium Boulevard/Route E to westbound I-70 will be closed until this evening. Please see an alternate route around the area. pic.twitter.com/5nq5zZYPNW

A MoDOT representative said the overpass had shifted almost entirely off its supports. MoDOT has called for the "immediate demolition" of the overpass and is working to find a contractor to take over the demolition.

No timeline of the project has been announced. MoDOT will hold a media availability Tuesday at 3 p.m. to address the damage caused and outline the steps and timeline moving forward. 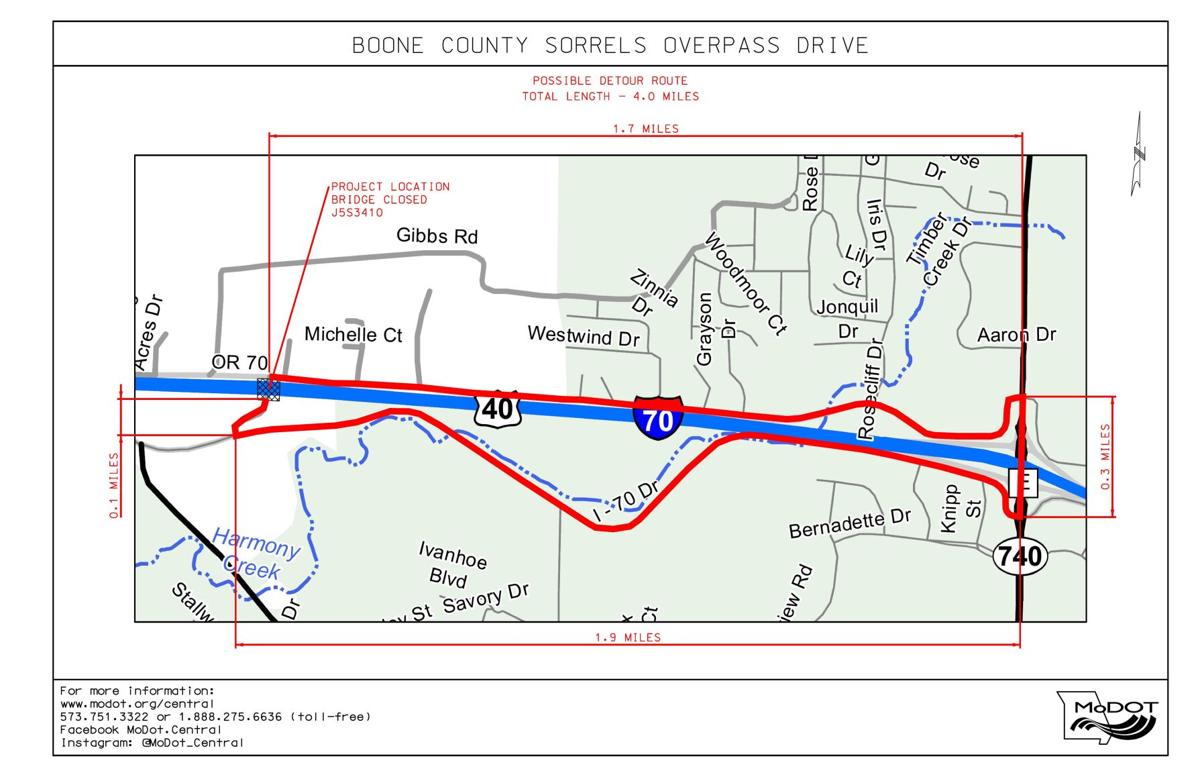 MoDOT released details in May about a Sorrels Overpass rehabilitation project, which consisted of replacing the girders and deck and installing safety barrier curbs. The project was scheduled to begin and be completed in 2022.

MoDOT says the repairs were necessary to improve the bridge's condition and to extend the life of the structure by 30 years, but the crash Monday has moved the project's timeline up.

Sorrels Overpass is rated in poor condition by MoDOT.

This story will be updated as more information is released.

There was no set timeline for the demolition as of Monday, but MoDOT says rerouting the interstate will be necessary.