Jefferson City Police said officers successfully contacted Thomas Kesete. He is safe and left on his own accord, a news release said.

The release also said no other information will be released.

According to a news release sent Tuesday, no one has seen or contacted 17-year-old Thomas Kesete for several days. His family said this isn't normal behavior for Kesete.

In an update sent Wednesday, Jefferson City Police say they are continuing their attempts to contact and locate the 17 year old. The department has received several leads, but most have proven to be false, including the belief that he was last seen in a "white vehicle over the weekend."

JCPD also stressed in their update that Kesete is considered an adult in the matter and has the right to not make his location known should he choose.

JCPD says the criteria for an Amber Alert must be met:

Kesete is 6-foot-4, with black hair and brown eyes. He wears glasses. 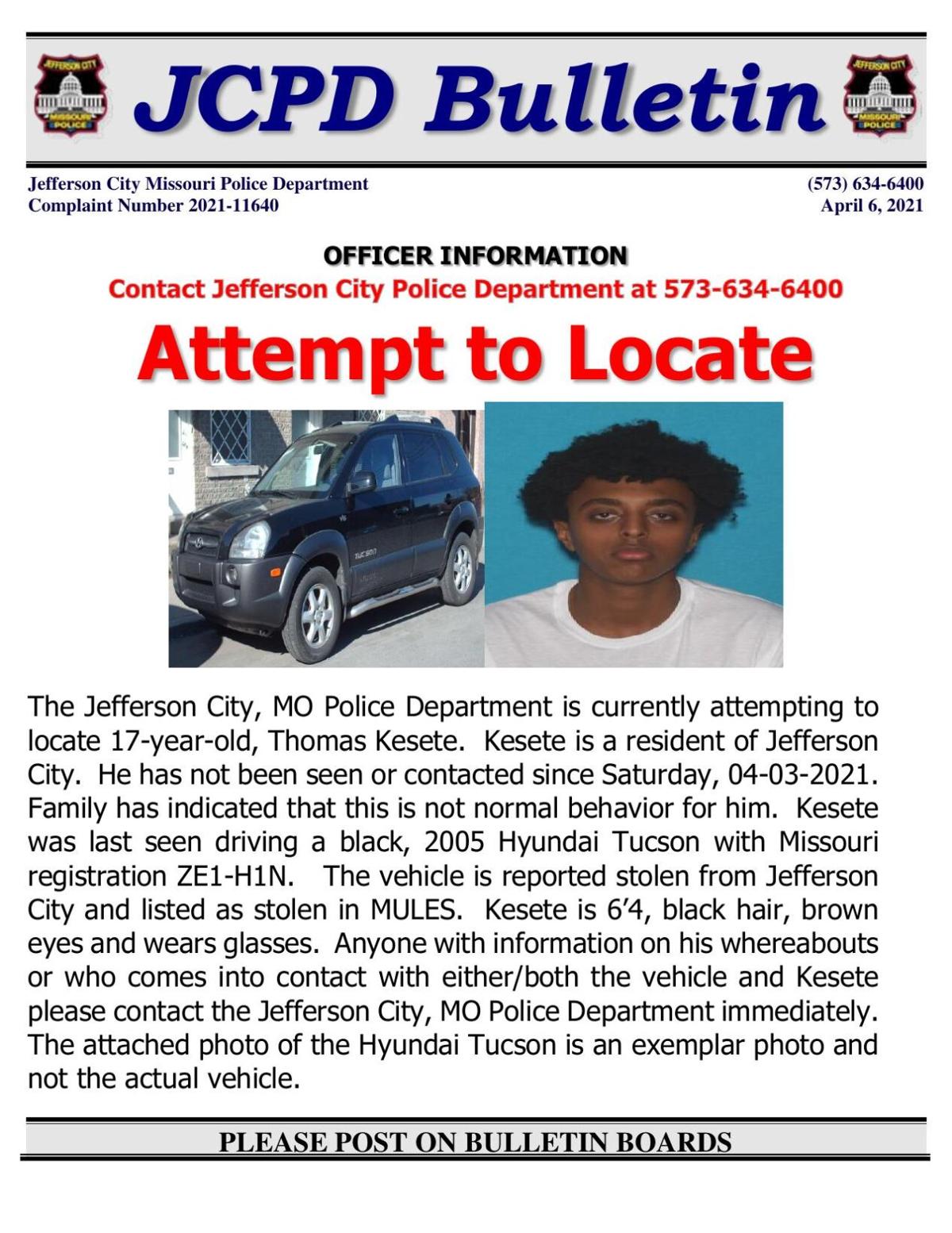 Jefferson City Police say anyone with information on where Kesete could be or anyone who comes into contact with him or the car should contact them at 573-634-6400 or CrimeStoppers at 573-659-8477.