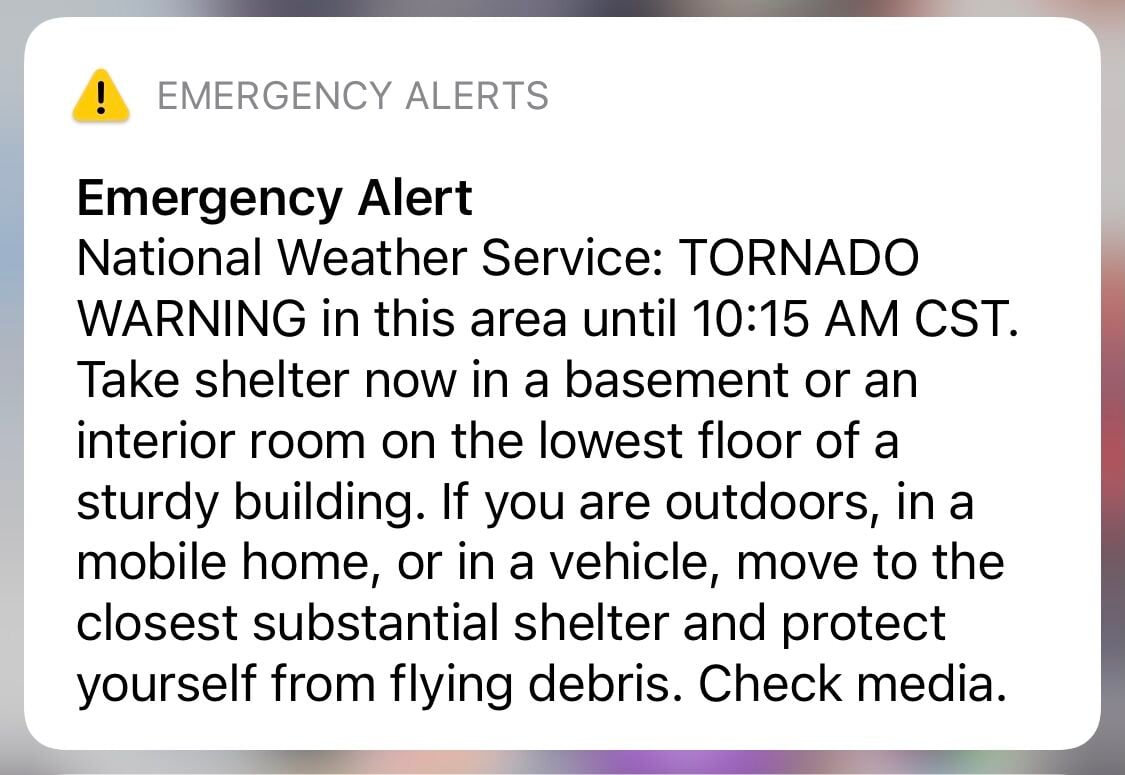 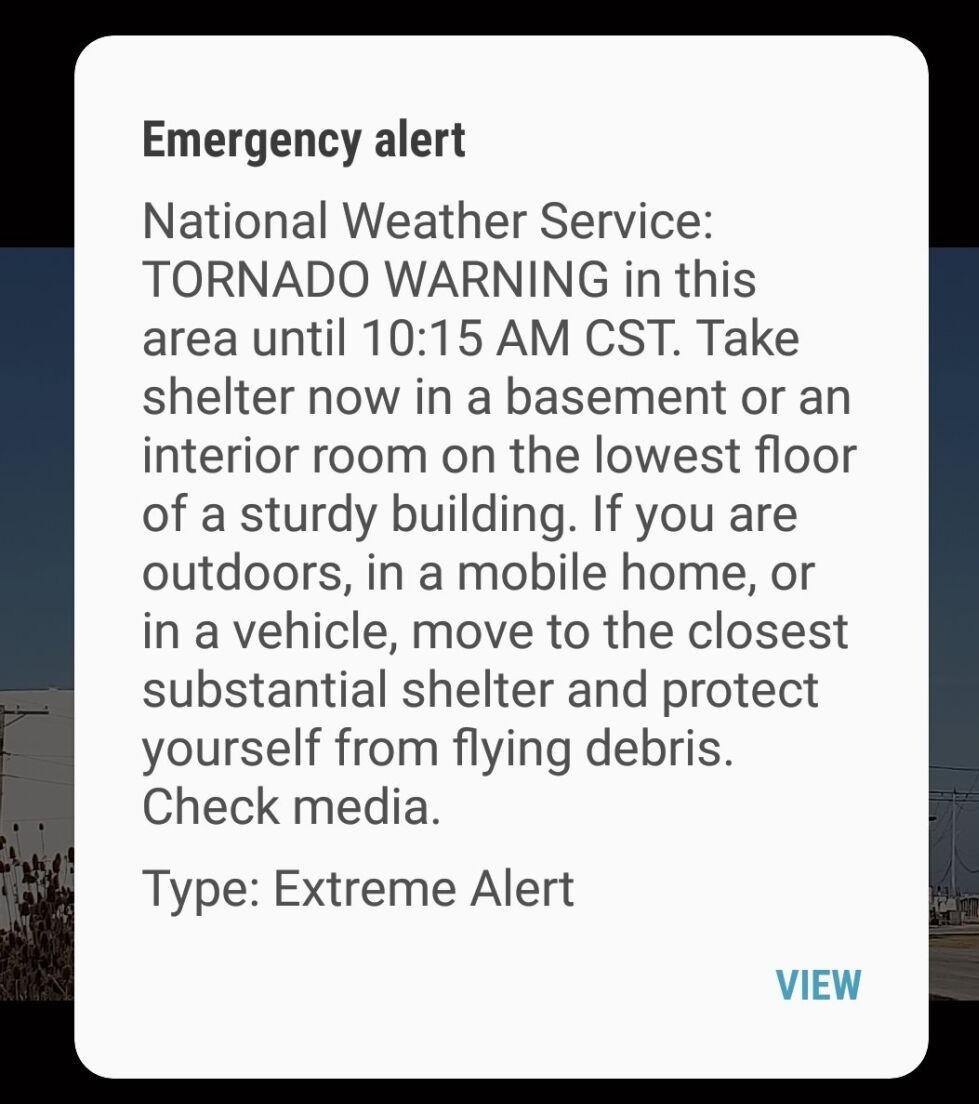 The National Weather Service St. Louis and Kansas City tweeted at about 10:30 a.m. Tuesday regarding the error. The NWS says there was a malfunction between the NWS and the Weather Emergency Alert (WEA) system. The test warning should have not activated WEA.

There has been confusion this morning with our test of the tornado warning system as part of the tornado drill. There was a malfunction between the NWS & the Weather Emergency Alert (WEA) system. The test warning should have not activated WEA. We apologize for the inconvenience.

Concerning the recent tornado drill. The National Weather Service issued a properly coded TEST tornado warning. Somewhere in the Wireless Emergency Alert System chain, the message was misinterpreted as an actual warning and sent it out that way. We are looking into the cause

Kevin Deitsch is the Warning Coordination Meteorologist for the National Weather Service in St. Louis. He says the alerts were sent because of a coding error.

Deitsch says the issue has been corrected and won't happen again.

"Next time you get an alert on your phone, it is going to be a serious situation. What your phone is telling you is really, actually happening. It is not a drill."

Chris Kelley is the Deputy Director of the Boone County Office of Emergency Management. The office runs its own opt-in alert system that notified residents of the test before it occurred.

"The Joplin tornado, there was clear skies just prior to the tornado warning. Just because you can look outside and see clear skies, you still need to look at other media sources," he said.

The Office of Emergency Management does control the tornado sirens in the county. When the National Weather Service issues a tornado warning, the county activates the sirens.

Boone County participates in the statewide tornado drill every year. The sirens will sound again Wednesday, March 3 at 12 p.m., as part of a regularly scheduled test.

Tuesday's focus of tornado preparedness will include an outdoor warning system siren drill at 10 a.m.