Tori Taylor was last seen on April 20 in Montgomery County.

FULTON - Fulton community members gathered Sunday night for a vigil for Tori Taylor - a Fulton woman who's been missing since April 20.

Fulton Police Department announced last week it believes Taylor is the kidnapping victim they posted about on Facebook.

Missouri State Highway Patrol also sent out a flyer regarding Taylor's disappearance. She has brown hair, green eyes, and is 5'2. 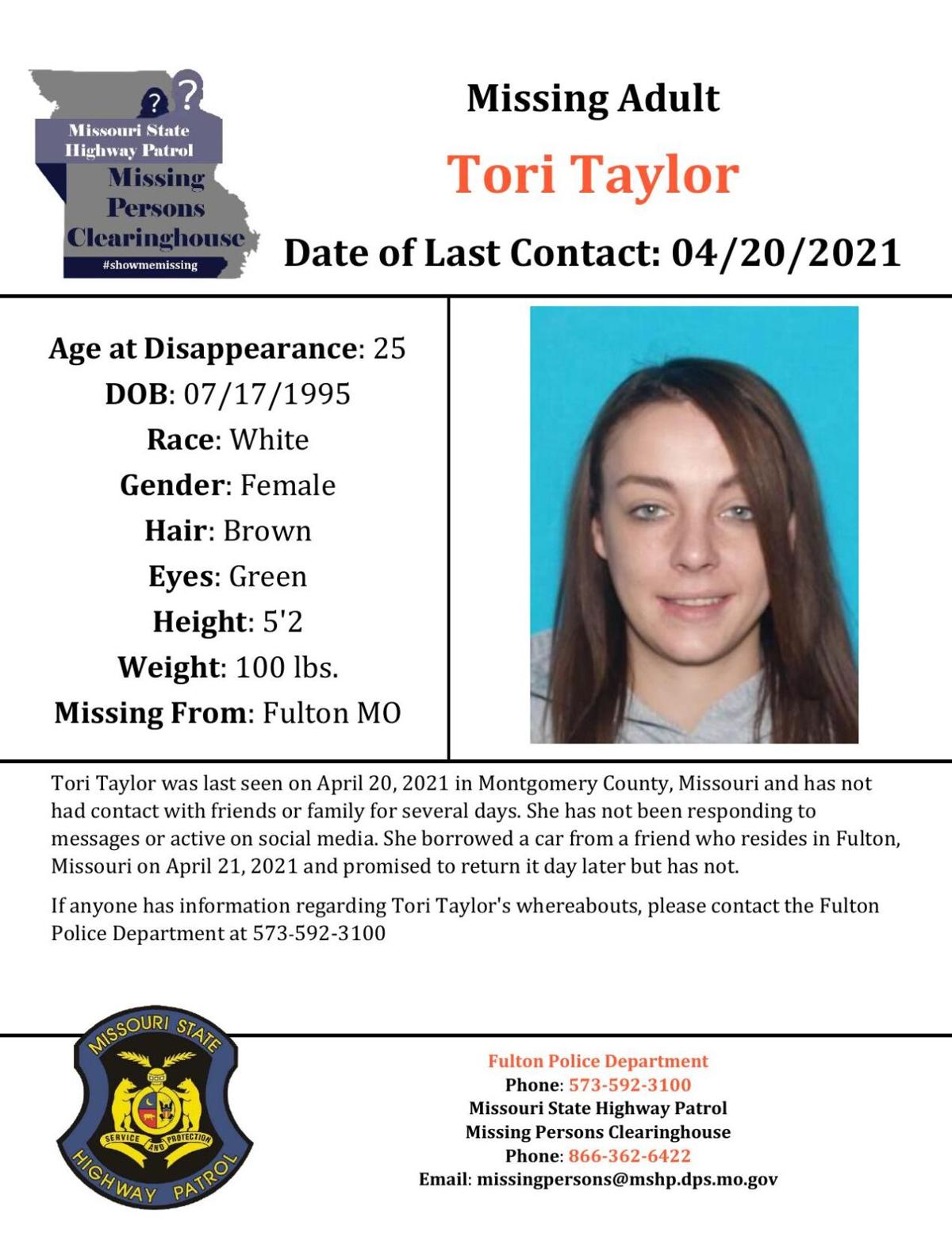 KOMU 8 spoke with Taylor's father last week about her disappearance. He said he just wants his daughter to know she is loved and her family wants her back.

Missouri Missing organized the vigil. One organizer with the group said it's important to get the information out so Taylor is found.

“Everyone on our board has or has had someone missing, so we get it," organizer Marianne Asher-Chapman said. Asher-Chapman and Taylor's cousin-in-law, Geneva Wright, came up with the idea to hold a vigil last minute.

"I myself having really been getting any sleep because I'm literally on all the Facebook pages following up on everyone who thinks they've seen her," Wright said.

Wright said she has not seen Taylor since late March. Wright said she's been to a couple of places in Columbia because people claimed they saw Taylor.

"Usually she always tried to FaceTime the kids at least a couple of times a week," Taylor's grandfather, Jim Herter, said.

No one has heard from Taylor since April 20, according to police.

"Just give us a call," Herter said. "Let us know what's going on. Your babies miss you and we miss you very much."

Taylor has three kids. One of her kids left her voicemail, begging her to come home and respond to his messages. Herter and his wife are currently taking care of Taylor's kids.

"Your brother loves you very much," Taylor's brother, Zach Harvey, said. "I will be with you to the end and you know this."

FPD said anyone with information about Tori Taylor or her whereabouts should contact the department at 573-592-3100.