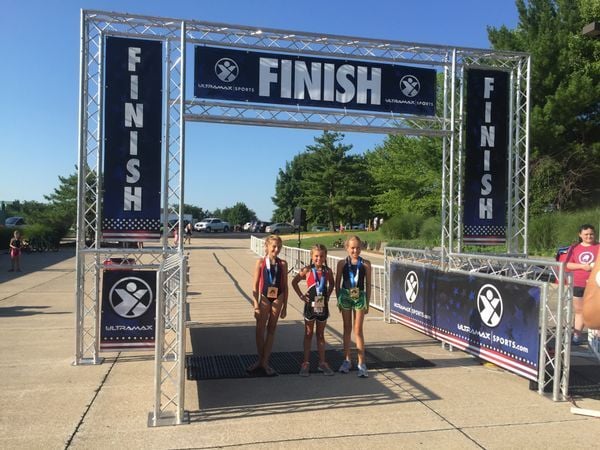 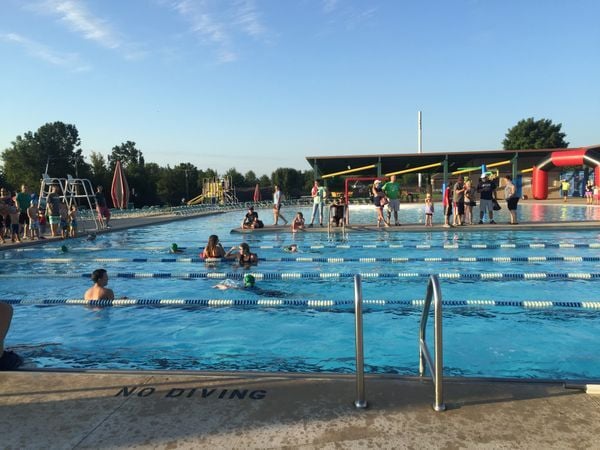 COLUMBIA — A group of young athletes braved the high heat this morning doing more than most people do before 8 a.m. on a Saturday.

Kids age 6 to 14 swam, biked and ran for the Mighty Max triathlon this morning at Wilson's Beach and Tennis Club in Columbia.

Chrissie Campbell is the race director for Ultra Max Sports who helped put on the event for the kids and their families. The company started as a triathlon company 13 years ago.

"This is the only youth triathlon we do," Campbell said. "It keeps them active in the summer."

She said it is a good way to tie together all of the activities kids that kids normally do in the summers, such as swimming and biking.

The races were staggered and different lengths based on age groups. It began with the oldest competitors completing a 100-yard swim, 3-mile bike ride and 1 mile run. The youngest swam 25 yards, biked 0.5 miles and ran 0.25 miles.

9-year-old Mari Miller finished third in her age group. She has been doing the Mighty Max triathlon for two years now and trains before each race.

"Once I wake up, I put on my running clothes and then run a mile downstairs on the treadmill, Miller said. "Then we have a trainer for the bikes that my dad puts on and then I'll bike on that."

Miller said he favorite part of this year's triathlon was going swimming to cool off in the heat.

The heat didn't stop most kids from racing all the way across the finish line. Makenna Seghers is 13 years old from Wentzville, Missouri and is no stranger to triathlons. She has competed since she was age 7 and travels all over the Midwest to compete.

"I usually race with somebody's name on my back and that makes me feel like they're with me, Seghers said. "I feel like I'm doing it for them too."

Makenna won first place in her age group with a time of 21 minutes and 59 seconds. But to her, winning isn't everything.

"It's great, but I mean you've got to cheer on all your competitors. It doesn't matter about the placement, it matters if you had a great time and raced your hardest," Seghers said.

She believes triathlons have a great community and recommends the sport to everyone, even if you don't have high-end equipment.

"I started with my little swimsuit and my 20 dollar Wal-Mart bike. You can start anywhere, it really doesn't matter."