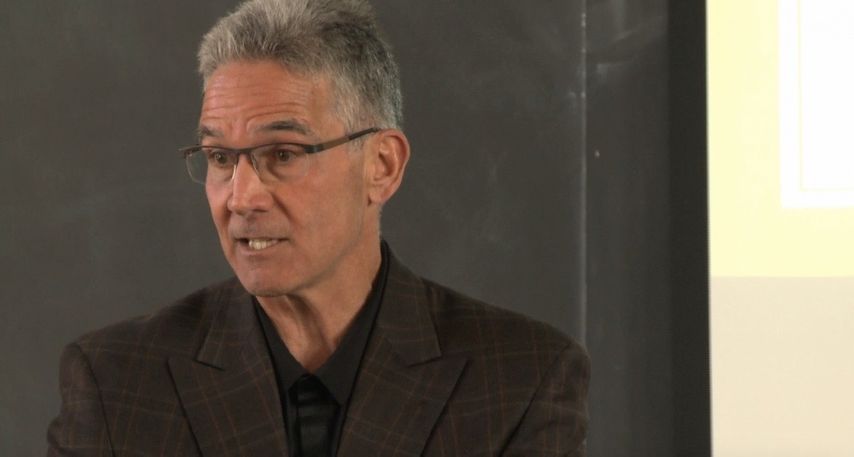 COLUMBIA - During his time as athletic director at the University of Missouri Mike Alden oversaw a little bit of everything. Now, he's in the middle of a new chapter in his life, and using his experiences to influence a new group of Tigers, in the classroom.

"I loved being the athletic director at Mizzou. Literally. I enjoyed that. It was a dream job for me," Alden said. "A destination place for us and destination opportunity. But sometimes people say 'You don't realize how heavy the load is until you put it down'. So when you step away and retire you don't realize the demands that were put on you. Personally, physically emotionally and in a lot of different types of ways."

Alden's new load includes teaching four classes within the department of education at the university for both graduate and undergraduate students, and frequently acting as a guest lecturer around campus.

"It's given me a little bit more flexibility and freedom to be able to schedule our time and my time in a different way and I find that refreshing," Alden said. "I'm able to bring different life experiences I think towards the class in addition to whatever the textbook material may be."

The change in pace has also changed Alden's family life, and personality.

His wife, Rockie Alden, said, "It's odd seeing him in blue jeans almost every day. I think being able to take a step back, his personality has changed. He's much more laid back. It's great to have him home. Just have him be able to do things either at our house or at the farm and he's always loved going out there and now has the time to do it."

Both his family and colleagues know being a teacher is a perfect fit for Alden.

& look for my story on Alden's new journey Sun. pic.twitter.com/ml9R1ApFkT

Rockie Alden said, "He's just a teacher at heart. We have a lot of teachers in our family. Our son's just getting ready to graduate and become a teacher. I think you're just wired that way. Even when he was in athletics teaching was the biggest part of it for him."

Professor Ty Doughlas said having Alden as a teacher is a great opportunity for students.

"You see people, perhaps on television, or you see their names, but how often do you get to sit at the feet of someone who has helped to build a program," he said. "There's an access piece that as a student, you can't pay for that."

For Alden, his two jobs are more similar than different.

"It's not for you to tell them what to do. It's to be a servant leader and help guide them and support them and encourage them. No different than when you're and athletic director," he said. "I hope they've taken with them that failure is just a part of life. If we're not getting the assignment just right, that's ok. What do we do about that, what do we learn from that and how do we grow from that, because we grow so much more from those things that we fail from than we do from our successes."