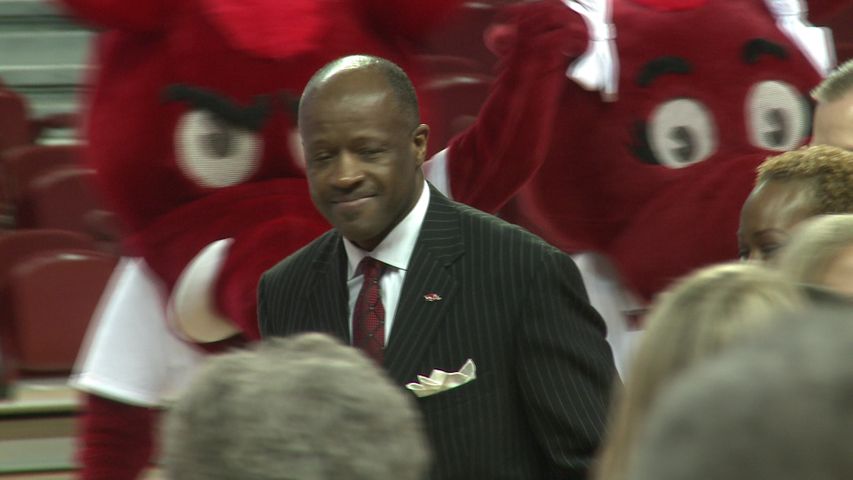 FAYETTEVILLE, ARK. - The Arkansas Razorbacks celebrated a homecoming for Mike Anderson. He spent 17 seasons as an assistant coach under Nolan Richardson at Arkansas.

Under Nolan's command the Razorbacks won a national championship in 1994 and made it to the Final Four in both 1990 and 1995.

Anderson left Missouri after five seasons. He took the Tigers to three consecutive NCAA appearances and the Elite Eight in 2009.

Anderson stated, "I think what took place was we did a press release and that was to all the fans. And we had some great fans at Missouri." Anderson is referring to the ninth paragraph of a press release on the Arkansas Razorback's website.

Earlier this month Anderson said he planned to retire at Mizzou.