Military truck flips on I-70 Westbound in accident, causes backup 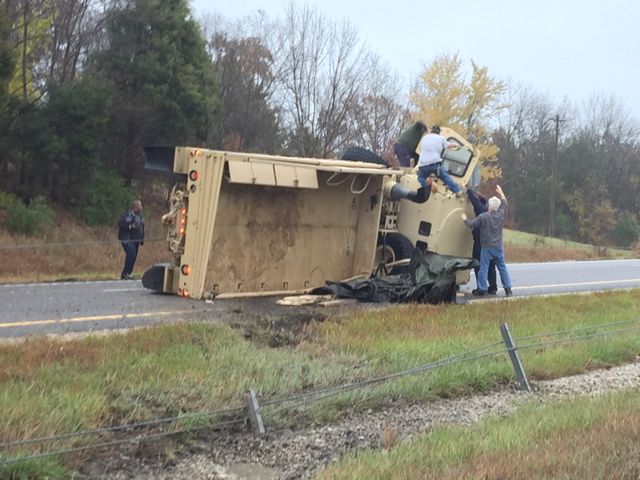 ROCHEPORT- A military truck flipped on I-70 Westbound near mile marker 117 at approximately 2:45 p.m. Sunday.

The military truck was was going east, crossed over the median into Westbound traffic and struck a red car, according to Trooper Gentry Pemberton of the Missouri State Highway Patrol.

The driver of the military truck was taken to the University Hospital. The passenger of the truck did not suffer any major injuries, according to Pemberton.

The driver of the red car was able to drive away from the scene.

The accident temporarily closed one lane of traffic, backing-up Westbound traffic for approximately five miles, according to MSHP.

The traffic has since cleared up, according to MSHP.