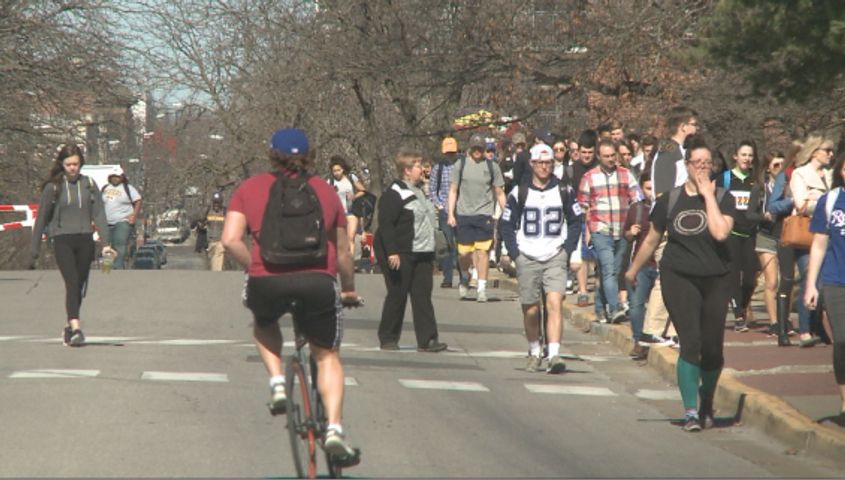 COLUMBIA — There is a significant "values gap" between employers and the millennials who work for them, according to a new MU study.

Researchers conducted interviews with textile and apparel industry workers. The majority of those interviewed were millennials, individuals who have come of age since the turn of the century.

"A number of people brought up the fact they wished their employer just allowed them more opportunity that might not be in their dominant job role," researcher Rachel LoMonaco-Benzing said.

The workers wanted flexibility to address issues in the industry, she said.

Efforts to do that were often rebuffed by co-workers and managers who said it wasn't part of their job role, the study found. LoMonaco-Benzing said older employees would often give up pursuing those interests, while millennials were more likely to leave for a company that would allow them the flexibility.

"If they were given the free reign for the small percentage of their job role, then they would feel more apt to be loyal to that employer," she said.

A 2016 Gallup report showed 21 percent of millennials surveyed said they had changed jobs within the previous year.

KOMU 8 News talked to local millennials in the apparel and food industry and found they highly valued flexibility in job roles and employers with an open mind.

"We have a lot of flexibility — it's kind've left up to our judgment how we want go out about it," said Sophie Angell, a stylist at Envy in Columbia. "People a lot of time will ask for our help which is more fun, because that's what we're there for."

Grace Callis, a sales associate at Breeze in Columbia, also said she has "complete freedom" on the sales floor to work with customers to meet their needs and correct any issues.

Both Angell and Callis said they enjoyed a friendly relationship with their managers and feel comfortable talking to them about any issues.

Millenial desire for flexibility is not just limited to retail. Kelly Walsh, a millennial who works as a manager at Babbo's Spaghetteria in Columbia, said she tries to give her millennial employees opportunities to change things up.

"I like to be flexible, let them kind of do what they want, maybe switch some things around with some of our plates, if we can allow that for the evening," Walsh said.

Alec Hartley, a server at Babbo's Spaghetteria, said he values the ability to discuss and address issues he sees in the restaurant.

"If you find something that you don't think is jelling with the whole company, if we did this a little bit differently they're definitely willing to listen," Hartley said.

He said he also appreciates his managers are only a text away.

LoMonaco-Benzing said it's important for older employers to ask potential employees about their values as millennials continue to enter the work force.

"It can give them a better idea how to modify culture or policies going forward," she said.