Miller County Bridge To Come Down 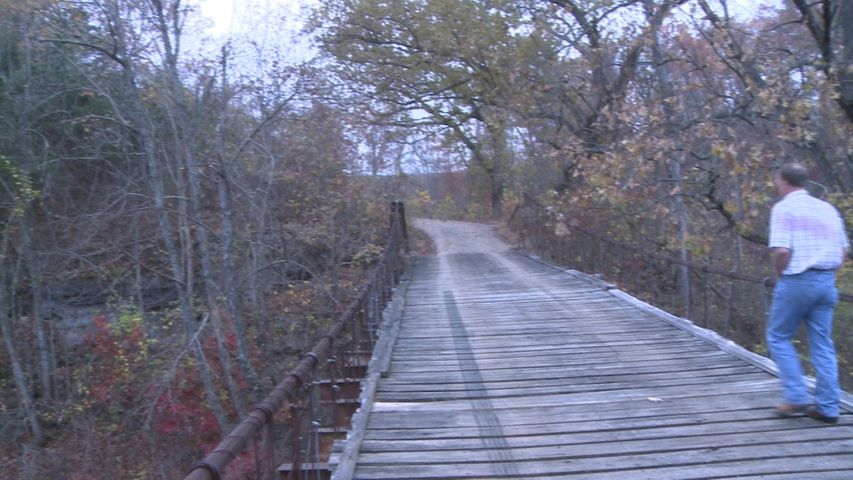 MILLER COUNTY - The Buechter Bridge Road bridge in Miller County southeast of Tuscumbia is in its final days. Brian Duncan, the county commissioner of Miller County's second district, said Wednesday the bridge, which was constructed in 1925, will be taken down early next week.

The bridge is one of five swinging bridges in Missouri, four of which are in Miller County.

The Buechter Bridge Road bridge is being taken down and replaced because it is now a hazard. Last year, the bridge was re-bolted. But Duncan said the refurbishment was not enough. "This bridge is an accident waiting to happen," he said. "I'm scared to drive across it. Just walking along it, it sways."

The bridge currently has a two ton weight limit but the sign acknowledging the fact has been taken down.

Residents and county officials are concerned a losing the bridge may make it more difficult for the area farmers to come to and from the area with goods and therefore decrease property values.

A new bridge will eventually be constructed in its place, but there is no current timetable for its construction. One county commissioner said it could be several years to get a replacement.