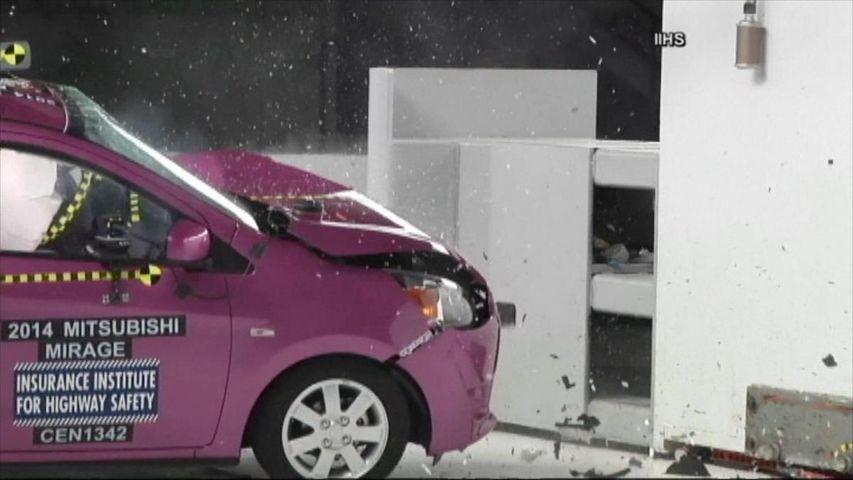 Eleven cars were tested and only one was deemed "acceptable." The Chevrolet Spark was rated the 2014 Top Safety Pick because of its performance in the "overlap" test.

According to the Insurance Institute for Highway Safety's website, the overlap test is more difficult than the head-on crash tests conducted by the government. The test mimics what would happen if the front corner of a vehicle hits another vehicle or object.

Jory Mick is a Toyota Prius owner and enjoys the perks of having a small car, but said she wished she knew how her car tested, before purchasing it.

Mick said she believes safety always come first and even though she gets good gas mileage, the protection of her car in a collision is more important.