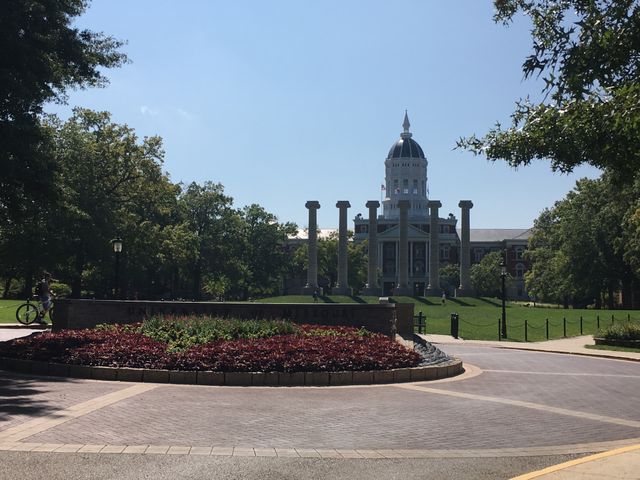 COLUMBIA – Colleges and universities are probably discriminating against minority students in their enforcement of Title IX policies and other disciplinary processes, says one MU professor.

MU associate law professor Ben Trachtenberg is releasing a new article early next year in the Nevada Law Journal that he hopes brings to light a data issue with higher education.

“It’s been discovered and observed for years and years and years that black students are disproportionately likely to be suspended or expelled from public schools,” Trachtenberg said.

Unfortunately, this data doesn’t exist at the University of Missouri.

“I realized that we don’t have any numbers like that at the University of Missouri, and that’s not because Mizzou is unusual.” Trachtenberg said.

Trachtenberg found higher education across the country doesn’t compile disciplinary data based on race or ethnicity at all, and he said there are several factors at play.

“I think for a lot of universities it simply didn’t occur to anyone to keep [the data]. At some other universities, folks might be afraid of being embarrassed, because no one wants to collect data that shows they’re treating people differently on the basis of race,” Trachtenberg said.

Trachtenberg also said there might be a fear of litigation if universities start collecting that information.

“If they happen to keep data that shows racial disparities, someone might then complain,” Trachtenberg said.

Trachtenberg says in his article there are massive racial disparities in student discipline at K-12 schools and in the justice system, citing research collected in Columbia that says black students are expelled and suspended three times more than white students in public schools.

“In my mind, it would be a miracle if colleges and universities were the one place where implicit biases and other factors didn’t lead to racially disparate impact,” Trachtenberg said.

Woodson blames media portrayal of black people as "criminals, thugs and gangsters" as part of the problem, and that with these kinds of issues, it usually comes down to subconscious implicit biases.

"It's not intentional, it's a product of how we were raised," Woodson said. "It ultimately kind of leaves in people's minds, 'oh, well, maybe he is a bad person,' and not always seeing the better side of someone because you've always seen the bad side of this race of people."

Most universities already compile demographic data for their students, and Trachtenberg said it wouldn’t be difficult for universities to record similar information for students who receive disciplinary action.

“That doesn’t mean that people’s individual discipline cases are going to be exposed to the public. We can respect student privacy while still releasing aggregate data like they do in the public schools,” Trachtenberg said.

He also said it goes beyond just Title IX; it affects all disciplinary processes.

"If a student gets suspended for academic dishonesty or getting drunk and vomiting on the chancellor's lawn, we might as well track the demographics of that so we can see what are the patterns,” Trachtenberg said.

When he realized the data didn't exist for higher education, he decided to do more research on his own.

Trachtenberg hopes to make his conclusions known to the federal government. Secretary of Education Betsy DeVos is planning to open a period of public comment on Title IX reform, and Trachtenberg said he will send in his findings to hopefully incite some change.

Woodson is thankful that people are promoting this kind of discourse.

"Whenever it comes to anything that has to do with race, people are always afraid to talk about it, but there's no fixing the problem without talking about it," Woodson said. "It's important that we're having these conversations."

Trachtenberg’s article will be published in the Nevada Law Journal by March 2018.